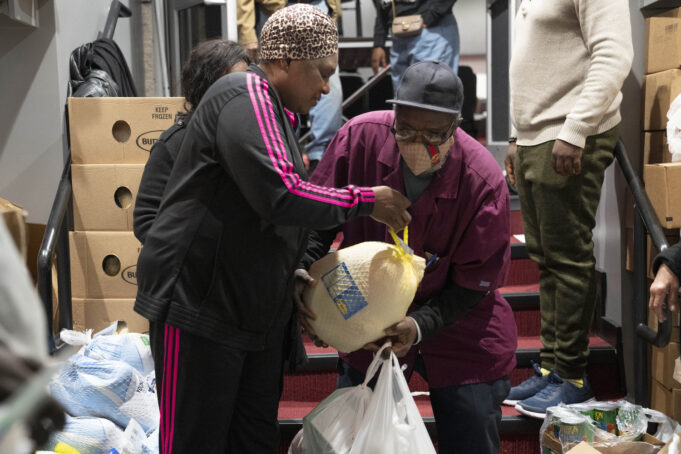 Ricardo Barrett, of Washington, accepts a turkey from church volunteer Rita James, left, during an annual Thanksgiving food giveaway at The Redeemed Christian Church of God New Wine Assembly, Tuesday, Nov. 22, 2022, in Washington. "Prices went up and a lot of jobs were lost this year," says Barrett, "times are hard." (AP Photo/Jacquelyn Martin)


“I do believe that if my poor, blind, deaf and dumb people could be taught the true knowledge of the true history of Jesus, they would awaken at once.”

According to Biblical history, the origin of the concept of Messiah and Christ, is found very early within the Bible’s Old Testament verses. It is in the book of Genesis, the 3rd chapter and 15th verse that we read the beginning of the Messianic Hope and Expectation:

“I will put enmity between you and the woman, and between your offspring and hers;

“He will crush your head, while you strike at his heel.”—Genesis 3:15

This verse is known among scholars as the “proto-Evangelium” or the First Gospel.

According to Walter Kaiser Jr., author of “The Messiah in the Old Testament”:

“Genesis 3:15 has commonly been called the proto-Evangelium (the ‘first gospel’) because it was the original proclamation of the promise of God’s plan for the whole world … it gave our first parents a glimpse … of the person and mission of the one who was going to be the central figure in the unfolding drama of the redemption of the world. The ‘seed/offspring’ mentioned in this verse became the root from which the tree of the OT promise of a Messiah grew.” 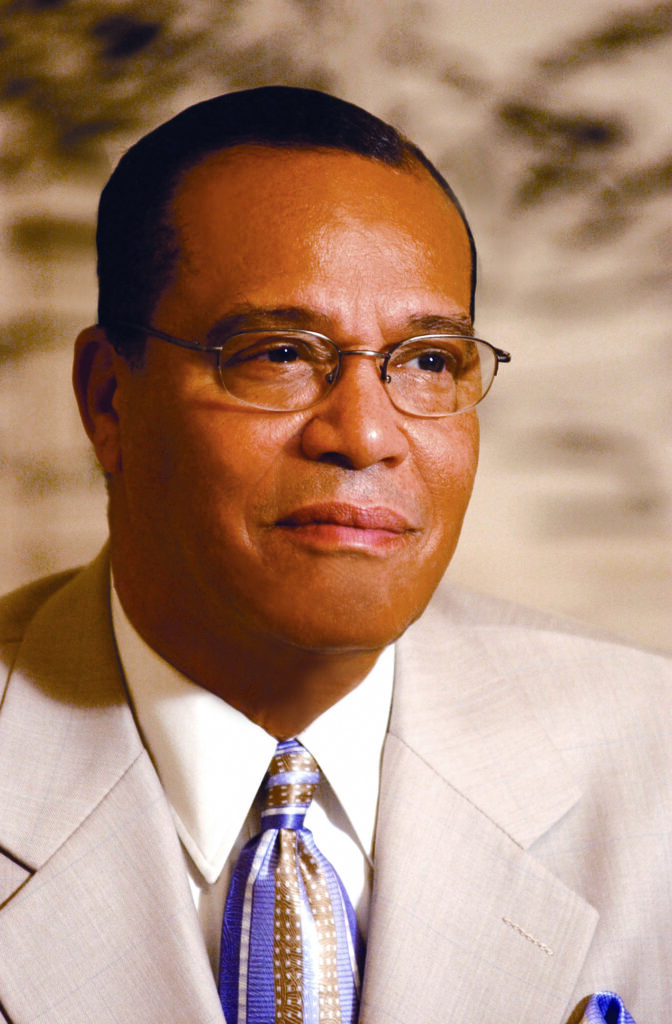 I find this fascinating! Think of the popular marketing campaign that has been used by American and European enslavers and colonizers throughout history, who painted Jesus to Black, aboriginal and indigenous peoples around the world. They presented him to us a part of what Dr. Benjamin E. Mays described as the Negro’s “compensatory view of God.”

America and Europe were conquering our land and resources and to compensate for losing the heaven on earth we once owned, they indoctrinated us with belief and hope of a heaven in the sky, where the suffering Jesus would be waiting for us.

Jesus was given to Black people in the image of a “suffering servant”; a savior who “saves through suffering.” So, for such a long time we have been looking at the Messiah as being lowly, meek and mild.” My teacher, the Honorable Minister Louis Farrakhan, has exclaimed, we were given “a watered-down milquetoast Jesus.”

More Than A Suffering Servant

Yet this First Gospel, the scholars acknowledge, creates a hope of a Messiah who “saves the people through crushing the head of the serpent.” The Messianic hope and expectation are of a man whom Allah (God) births from the womb of a woman, who is from a people who have suffered under the deception of the serpent. The serpent here is a symbolic reference to Satan. The Holy Qur’an similarly refers to Satan (shaitan) as a “slinking devil.”

It is this kind of information that helps me understand better why the Most Honorable Elijah Muhammad stated:

“I do believe that if my poor, blind, deaf and dumb people could be taught the true knowledge of the true history of Jesus, they would awaken at once.”

The whole world has been deceived over the true identity and purpose of Jesus, the Messiah (Christ). But no community has been more deceived than the Black people of America. 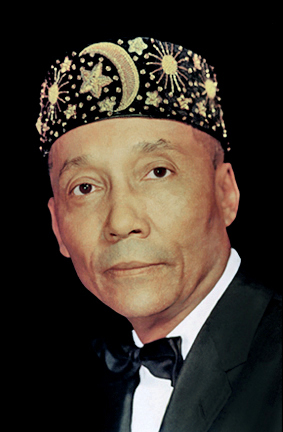 America: Headquarters of the World Serpent

The purpose of Jesus as the Messiah and Christ is to “crush the head of the Serpent.” This is the real reason for the “season” where there is a celebration for the birth of Jesus. Unfortunately, Christmas has become a commercialized celebration that promotes the conspicuous consumption of material things. It has become a pagan holiday that, while being associated with Jesus, is at the same time far removed from who Jesus was and is and what his purpose is.

The Most Honorable Elijah Muhammad identified the rulers of America as fulfilling the scripture’s symbolic description of “that serpent of old called the Devil and Satan, who deceiveth the whole world” (Revelation 12:9). A now epic and powerful political cartoon by Eugene Majied was commissioned by the Most Honorable Elijah Muhammad to graphically depict America as the location where the headquarters of the world serpent exists.

Within the teachings of the Most Honorable Elijah Muhammad, we have learned that the Biblical descriptions of Jesus the Messiah and Christ are largely indicative of a man whose work was not achieved 2,022 years ago. He states:

“Nearly 75 percent is referring to a future Jesus, coming at the end of the White races’ time. …” September 21, 1957 (Pittsburgh Courier)

To bear witness to what the Most Honorable Elijah Muhammad wrote, we cite the work of the legendary group of scholars known as the Jesus Seminar, who authored the book “The 5 Gospels: What Did Jesus Really Say?” When they concluded the exhaustive study of the New Testament, it was written in the Los Angeles Times that:

“The provocative Jesus Seminar on Sunday concluded six years of voting on what the Jesus of history most likely said, ruling out about 80 percent of words attributed to him in the Gospels … .”

This exclusion of 80 percent of words and actions attributed to Jesus in the New Testament by the scholars of the Jesus Seminar is close to the 75 percent of the scriptures that the Most Honorable Elijah Muhammad said referred to a “future Jesus” who is present now to produce the resurrection of the “mentally dead Negroes” in America. 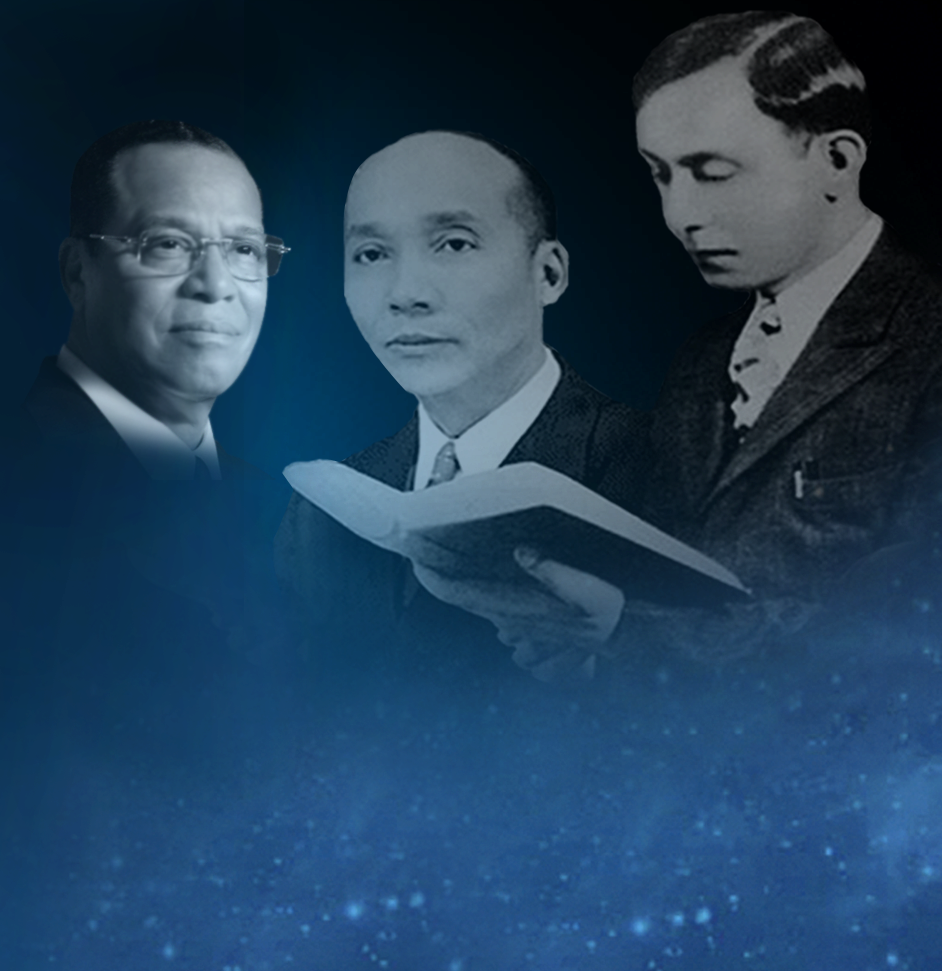 Nation of Islam Does Work of The Messiah

During the 1960s the infamous J. Edgar Hoover of the FBI discussed the prevention of a Black Messiah from emerging to unify the Black community. Hoover stated as one of his primary goals the following:

“Prevent the rise of a ‘messiah’ who could unify and electrify the militant Black Nationalist movement.”

Hoover’s use of a religious term like the word “Messiah” in his confidential law enforcement memos reflects his overall attitude towards the Black community within America, and I believe it indicates that he understood that the oppression suffered by Black people would soon produce a Messianic liberator. What Hoover stated is a witness bearer to when the Most Honorable Elijah Muhammad wrote:

“The white man of America is well informed through his scientists and scholars, who are paid just for studying the problems of prophecy and especially the future destruction of America which he knows is fast coming. … His greatest mental burden and physical strain at the present time is how to prevent the spread of Islam among his ‘X’ servitude slaves in these last days.” 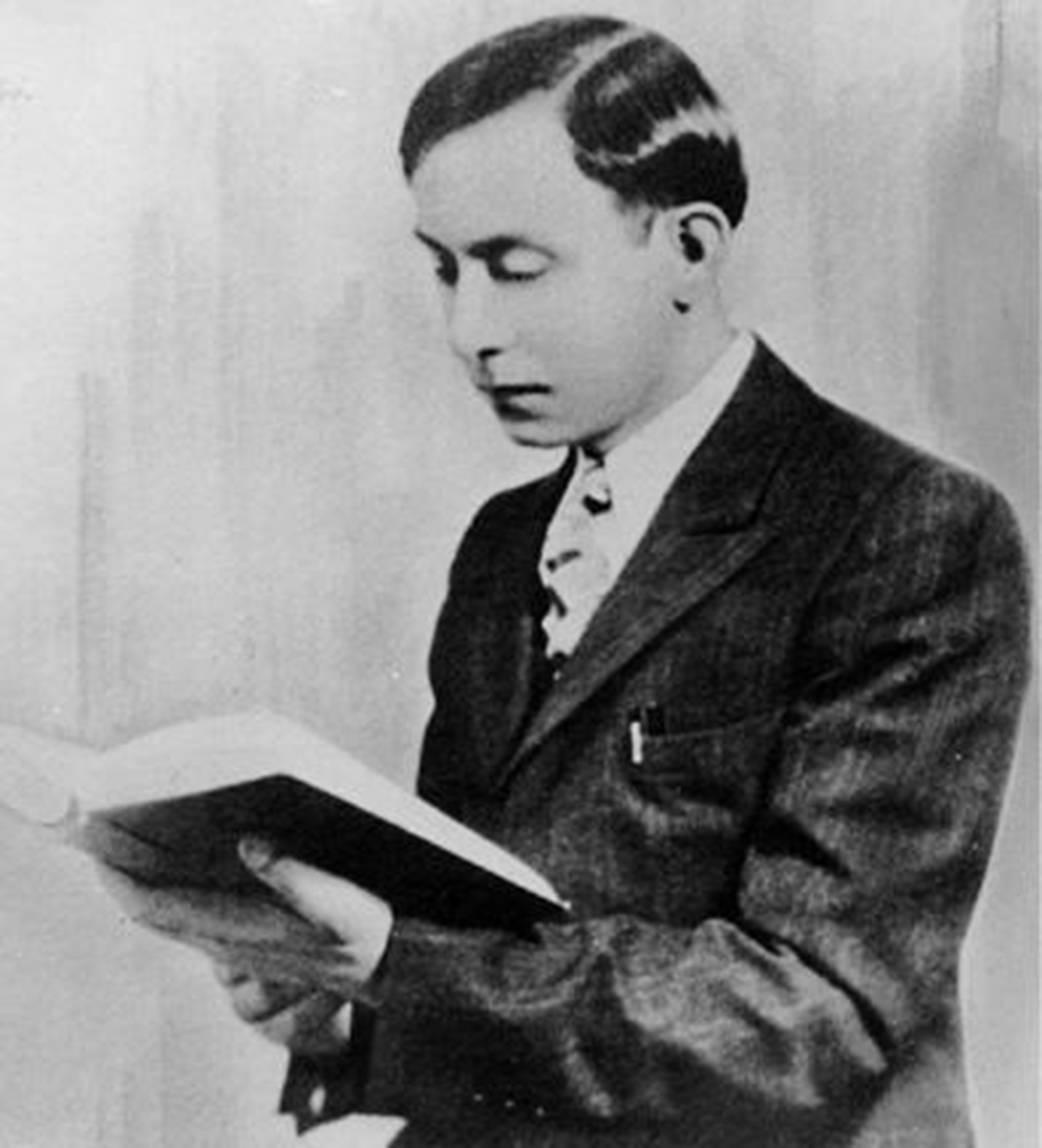 The work of Jesus the Messiah and Christ began with the coming of Master W. Fard Muhammad and continues in the work of the Most Honorable Elijah Muhammad and today the Honorable Minister Louis Farrakhan. This work under the name Jesus is symbolically presented within the Biblical text as having been done by one singular man.

The modern history of Black people in America proves it is a work conducted by three men, who are of one accord; one mind; one purpose. The Messianic work of Master W. Fard Muhammad, the Most Honorable Elijah Muhammad and the Honorable Min. Louis Farrakhan resembles what Allah (God) included within the Holy Qur’an wherein we read the following:

“And set out to them a parable of the people of the town, when apostles came to it. When We sent to them two, they rejected them both; then We strengthened (them) with a third, so they said: Surely we are sent to you. They said: You are only mortals like ourselves, nor has the Beneficent revealed anything—you only lie. They said: Our Lord knows that we are surely sent to you.”—Holy Qur’an 36:13-16

The most controversial aspect of the overall work of these three men has been and continues to be just as it was described in the “proto-Evangelion” or First Gospel; “to crush the head of the serpent.”

Evidence that the Nation of Islam has been crushing the head of Satan can be observed in the transformative work among the Black community throughout our 92-year existence in America. Writer James Baldwin famously observed in his book, “The Fire Next Time”:

“Elijah Muhammad has been able to do what generations of welfare workers and committees and resolutions and reports and housing projects and playgrounds have failed to do: to heal and redeem drunkards and junkies, to convert people who have come out of prison and to keep them out, to make men chaste and women virtuous, and to invest both the male and the female with a pride and a serenity that hang about them like an unfailing light.” 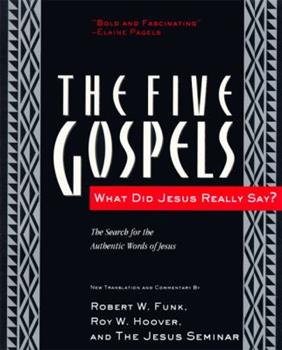 “The Nation’s singular focus on helping Black men get their lives together is driven by its ideology of resistance to White supremacy. The Nation has worked diligently to make proud men out of Black prisoners, those in jail or those whose self-image is distorted because they are captives to a worship of the White world.

Long before the decline of Black male life became widely apparent; and long before Black males were vilified and glamorized by both the cultural right and the left, the Nation of Islam preached its own brand of salvation for Black males. And from the very beginning, the core of the Nation’s message has not changed. NOI followers believe that Black men can be saved only by being restored as loving leaders in Black families where they receive and return adoration and respect.”

This transformative work that the Nation of Islam has done among Black people has crushed the satanic idea of “White supremacy and Black inferiority” from the minds of those who have been influenced by the Most Honorable Elijah Muhammad and the Honorable Minister Louis Farrakhan. For it is these poisonous concepts that Satan, the World Serpent, has used to rule the world. The idea of White supremacy and Black inferiority are deeply embedded in all of this society’s institutions.

And it is our transformative work that has attracted to the Nation of Islam, the most vehement opposition from Jewish leaders and from the U.S. Government.

When you see vehement opposition to the message of the Honorable Minister Louis Farrakhan, you should know that it is because he threatens the continued existence of the World Serpent/Satan. And just as the Pharisees and Sadducees and the Scribes hated Jesus within the Bible’s New Testament, in the modern era Minister Farrakhan is just as hated and opposed by the 12 major Jewish leaders of America.

He is not hated because of any sin or wickedness. The Minister is hated because he, through his powerful ministry, is both producing the awakening of the masses of the people and revealing the “man of sin”/Satan. And just as a tree cannot survive once its roots are exposed to the light of the sun, “the world serpent”/ Satan/ “the man of sin” cannot survive once the light of truth is used to reveal his identity and his works to the masses of the people whom he has deceived.