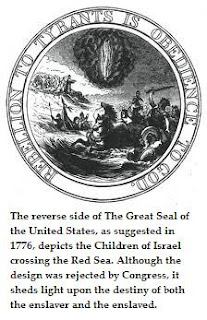 Throughout the history of our sojourn in North America, many have likened the legacy of the Black struggle to that of the Children of Israel under Pharaoh. From the era of slavery through emancipation, and eventual Civil Rights victories 100 years later, “the Promised Land,” as a metaphor for so-called acceptance into the “mainstream,” became an idea more in line with integration and assimilation than with independence and self-determination.
Failing to grasp the significance of Black unity as the solution to an unequal racial paradigm, traditional Civil Rights leadership seemed more comfortable with the symbolism of social and political inclusion than with the substance offered by an equality rooted in a national movement dedicated to self-sufficiency. This “Civil Rights” interpretation of the Moses and Pharaoh narrative, sufficing for many as the final reward for generations of servitude and discrimination, overlooks the necessity of freeing minds from the many illusions associated with so-called American democracy.
Looking back in history, the Reconstruction Period after the Civil War offered Blacks the opportunity not only to build new lives, but also, under the protection of federal troops, to build new economic and political realities. With experience in agriculture, construction and the trades, “freedmen” were in the beginning stages of becoming masters of their own destinies. As Black communities and towns sprouted throughout the South and West, becoming a participant in the American economy was seen not only as a birthright, but also as a natural component to the concept of freedom.
However, with the “Compromise of 1877” and the removal of federal troops from the former Confederacy, Black advancement was almost immediately turned backwards as whites reestablished their power through malfeasance and terrorism, often with the complicity of government. As the fledgling economic systems Blacks were striving to build were intentionally broken, the architects of white supremacy worked to discourage, if not to prevent, the rise of an economy worthy of a significant Black population.
Coupled with declining numbers in Black land ownership, from 16 million acres in 1910 to less than 2 million acres by 2002, the ability to access capital for the purpose of building an independent economy was stifled.  Undermining a necessary step toward eventually owning the means of production, protracted land loss has been a significant factor in not only the weakening of Black American commerce, but also in the disintegration of viable Black communities.
As Pharaoh and his advisers forced the Children of Israel to make bricks without straw, advocates of the white establishment denied Blacks the right to fully participate in the American economy. Deprived of an economic base from which to compete, the intentional suppression of a Black producing culture gave way to an exploitable consuming culture, guaranteeing that hard earned dollars would continue to flow into the coffers of others outside of the Black community.
From yesterday’s intimidation with the whip, gun and noose through today’s use of philanthropic dollars to gain leverage over Black leadership, the deliberate seizing and dismemberment of Black America’s economy now requires a reassessment of priorities and a reinterpretation of self-interests. If “politics without economics is symbol without substance,” and economic freedom requires reclaiming the will and desire to “do-for-self,” then begging others to do for the Black community what it is capable of doing for itself must be reexamined.
As many have stepped forward to offer solutions, one tried and tested model was the Honorable Elijah Muhammad’s “Economic Blueprint.” Teaching his followers to look within for answers to the social, political and economic woes facing Black America, he challenged Black people to embrace the following steps in order to reestablish a culture and ethos of producing:
1. Recognize the necessity for unity and group operation (activities).
2. Pool your resources, physically as well as financially.
3. Stop wanton criticisms of everything that is Black-owned and Black-operated.
4. Keep in mind — jealousy destroys from within.
5. Observe the operations of the White man. He is successful. He makes no excuses for his failures. He works hard in a collective manner. You do the same.
Following this advice, from 46 years ago, is sure to bring an end to the aimless wandering the masses of Black people have endured in the desert of economic desolation.  Sound economic principles and ideas are irrefutable regardless of one’s religion or faith tradition, and by employing a program with proven results, it is possible not only to address essential needs such as food, clothing and shelter, but also “to build schools, hospitals, factories, buy farmland and enter into international trade and commerce for the good of ourselves, our families and our people.”
While many have been led to believe that a house, a car and a job constitutes the end of the struggle, the hard truth is that time is dictating that Black people do something for self before it is too late. The question is no longer whether or not illusions will sustain the Black community, but whether or not we are willing to accept the responsibility that comes with knowing the truth.