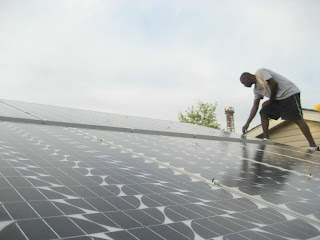 A “blueprint” for inner city success


Over the last 40 years one of the tragic realities for urban Blacks in America has been the systematic closing down of inner city manufacturing. Where jobs and fairly decent incomes once led to family security and relatively stable communities, the relocation of factories and the ceding of labor to foreign markets have negatively impacted employment opportunities for African-Americans and the poor.

From the “Great Migration” of the early twentieth century, when many Blacks fled or otherwise left the rural south for the major industrial centers of the north and west, African-Americans flooded urban areas in search of work and housing. In these new locations policies leading to redlining, economic isolation and the eventual creation of the urban ghetto forced many Blacks to depend upon low-skilled jobs and overpriced housing.

Initially lured by job opportunities, a chance for a fresh start and the desire to breathe free from southern oppression, the northern migration of the 1930s and 40s evolved into an exercise of simple economics through the late 1960s and into the 70s. As long as jobs remained plentiful, northern cities continued to grow and for the Black factory worker and professional, opportunity led to home ownership, prestige and a chance for a middle class lifestyle.

However, with the influx of Blacks came the trend of whites moving out and with “white flight” came the eventual departure of factories and businesses. With the subsequent moving of the tax base from inner-cities to more suburban locales, or in some cases to entirely different towns and cities, the eventual degradation and financial decay of America’s urban centers was all but guaranteed.

Lacking an infrastructure of our own to replace the vacating tax base, economic uncertainty and declining property values brought with them substandard educational environments, a general rise in unemployment and an increase in the various other maladies associated with a collapsing inner-city economy. While a growing population led to increased political activity for the urban elite, the lack of Black owned industry showed that our communities were more consumer than producer oriented and as such, dependent upon outside dollars.

Today, as the first decade of the 21st century comes to a close, and the weaknesses of America’s economic system are made manifest, it is incumbent upon Black leadership to promote a new agenda of innovation and productivity. Old ideas must give way to new paradigms, and thinking associated with building and producing must trump the old mind of consumerism and debt. If productivity is associated with the accumulation of wealth generating assets, then to be secure in a 21st century America Black people must not only have access to capital, land and own the means of production, but we must also own the technology necessary to exploit the benefits of a green economy.

With a new administration in Washington promoting the use of “green energy,” now is the time to invest in wind and solar technologies. Not only for use on our homes, businesses and religious institutions, but also for the purpose of converting our communities from a culture of consumption to one of production, wind and solar power has the potential to free us from debt and dependency on the utility company.

With the potential to generate thousands of megawatts of electricity, and subsequently billions of dollars, activity associated with energy production could open limitless opportunities for Black America. By creating wealth in the form of energy, as opposed to debt in the form of consumption, sunlight and wind could effect individual net worth and redefine the concept of wealth creation as we currently know it.

Across the country, zero net energy homes and developments are being built as prototypes for change in what many believe is a post-capitalist economy. By empowering the homeowner or a community to generate their own electricity, consumers become producers and the dollars ordinarily flowing to the utility company would instead work toward increasing property values and lifting the quality of life.

An opportunity to lead in the coming green economy, by grasping these technologies, Black America has the opportunity to no longer remain at the tail, but to emerge with the head. With the proper dedication and organization, we have a chance to “rebuild the wasted cities” and to redefine the terms of our economic participation in American society. With green energy comes opportunity and it would be a shame to let it pass us by.

Black Americans have always been in the cultural vanguard of American society and have been most creative with new technologies and ideas - often before becoming mainstream fixtures. Now with the promotion of wind and solar technology perhaps that same creativity could translate into economic positioning, financially viable leveraging and a new form of entrepreneurship.

William P. Muhammad is an author and a graduate of the University of Texas at El Paso.