Thinking beyond the intellectual plantation


Then the Lord said to him, “Know for certain that your descendants will be strangers in a country not their own, and they will be enslaved a

nd mistreated four hundred years. But I will punish the nation they serve as slaves, and afterward they will come out with great possessions (Bible Genesis 15: 13-14).”

With the recent release of the Nation of Islam’s new book, “The Secret Relationship between Blacks and Jews, volume 2,” there has been a renewed effort among Jewish organizations, right wing conservatives and Blacks who have not yet read the book, to once again condemn the Honorable Minister Louis Farrakhan.

In order to deflect attention from its central thesis, and to avoid a much needed and straightforward dialogue on race relations, those attacking Minister Farrakhan, by means of straw man argument, seem more interested in avoiding exposure than they are with examining historical facts. Citing Jewish scholars, historical records and other non anti-Semitic sources, the book exposes myths, names individuals and identifies institutions that took part in the economic oppression of Blacks in the Jim Crow South.

Releasing this scholarly work to demonstrate and prove that Black economic development has been consistently undermined since the Emancipation Proclamation, it appears that for fear of moral or legal obligations, the anger and defensiveness coming from Jewish organizations, and their conservative allies, is based more upon a sense of denial than upon any genuine claims of Antisemitism or so-called reverse racism.

Establishing the basis of legitimate grievance, “The Secret Relationship between Blacks and Jews, volume 2” is intended to spur discussion and to lay the perimeters for a proper dialogue regarding many decades of economic exploitation. While Blacks had absolutely nothing to do with Jewish suffering, either in Europe or in America, it is indeed unfortunate that those victimized by their European brethren would now minimize the significance of their own documented roles in the historical suffering of Black people.

There is an anecdote that says when an adversary runs out of an intelligent argument, he will resort to name calling. Under a long and blistering campaign of unjust charges and personal attacks, the Honorable Minister Louis Farrakhan has never returned evil for evil. His stance on principle has been consistently resolute and uncompromising and, regardless of whom or what, he has always spoken truth to power when others feared to stand up and speak for themselves.

Today, in order to break the mold of an economically unjust relationship, and to honestly address the current impasse between Blacks and Jews, there must be willingness among Jewish advocacy and interest groups to acknowledge an historical wrong. Regarding Black leadership, there must also be the courage to stand on actual facts, and without fear of material loss or censure, to lay out the case for repairing the damage 400 years of slavery and undeserved suffering has caused.

In order to enable and empower an economy worthy of 40 million Black people, it is important to know what was in order to decipher and correct what is and what could be. For that to happen, it is first necessary to realize the significance of the nearly one trillion dollars Black consumers spend annually, and how this wealth could be leveraged beyond civil rights concerns and requests for corporate philanthropy.

Regarding the economic agendas of those who, in large part, built their wealth from Black consumer dollars, the evolution of a consuming culture into a producing culture would constitute a “game changer.” If business is a form of warfare and business systems are the basis of American economics, then the current condition of the Black community, when described in terms of winners and losers, is self-evident.

In terms of simple finance, if one takes the time to notice, it is clear the Black consumer is the golden goose that lays the golden eggs. However, through unfocused spending and the inefficient use of hard earned dollars, the potential leverage Black Americans have failed to command has empowered others more than we have empowered ourselves. As a result, we are poor when we are actually rich and we are weak although we are actually strong.

When the Honorable Minister Louis Farrakhan coined the phrase: “politics without economics is symbol without substance,” the collective spending power of Black people in America was more than 400 billion dollars per year. Now, with nearly one trillion dollars passing through our hands annually, we still find ourselves on a 21st century “economic” plantation where poverty, want and dependency remain the order of the day.

As fear, ignorance and outside control prevented our forefathers from leaving the plantations of the post-slavery South, fear, ignorance and outside control is discouraging our willingness and ability to build an economy worthy of our numbers today. As other racial and ethnic groups build their communities, and see doing so the duty of a free and independent people, the descendants of enslaved Africans continue to lag behind.

Although the reasons are for the most part well documented, the time is long overdue for a straightforward dialogue that no longer skirts the issue. Prolonging a paradigm whose time has come to an end will not solve the unwarranted servant-master relationship. Let us review history with honesty, work to repair the damage injustice has caused and leave the plantation behind us once and for all. 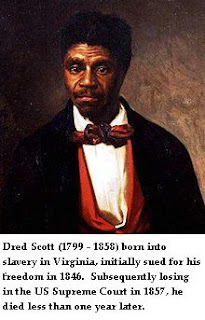