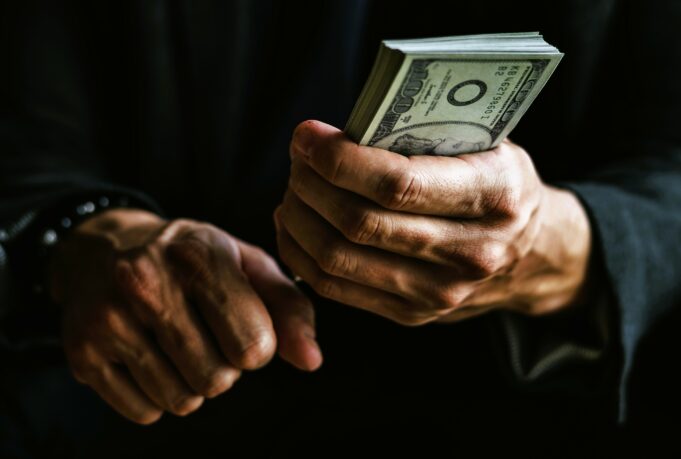 ‘This (lack of Black businesses) is why we see a huge issue in our community with poverty, with crime, because although we are making strides towards, we still aren’t all the way there with having the majority of our businesses being owned by us. So when that happens, businesses that aren’t owned by us, they hire outside. And they also don’t put back into the community. ’

“Up with Jesus, Down with Santa.” That was the clarion call issued seven years ago by the Honorable Minister Louis Farrakhan, during his 2015 “Justice Or Else” national tour and gathering on the National Mall in Washington, D.C. He called on Black and poor people to boycott Christmas and holiday spending, to support Black-owned businesses and to put Jesus at the forefront of their lives.

A recent episode of Elevated Places on Blog Talk Radio, a show founded by Student Minister Dr. Ava Muhammad, brought to the forefront the ongoing movement of economic withdrawal, buying Black and building the Black community. Many on the call reflected on the life and legacy of Dr. Ava Muhammad, the Nation of Islam’s spokesperson who passed earlier this year.

“I cannot help but to reflect on our great sister, Sister Dr. Ava Muhammad, who led the charge on matters like this, matters pertaining to separation, matters pertaining to us building and pooling our resources for independence,” said guest host, researcher and student minister Ilia Rashad Muhammad from Memphis, Tennessee. 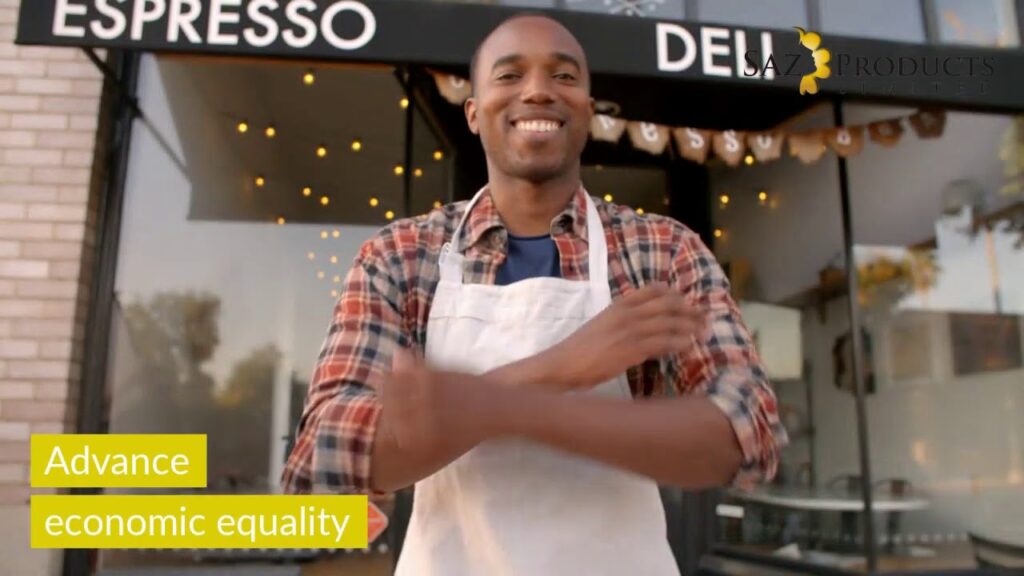 The show’s guests, attorney Abdul Arif Muhammad, Student General Counsel for the Nation of Islam, and Asika Muhammad, a banking professional from Memphis, tackled topics such as Dr. Martin Luther King Jr.’s words on redistributing the pain, the origin of Christmas and the history of Christmas and holiday spending boycotts in the Black community.

“As the merchants are marketing and getting ready to get their pockets fat and take from our community, we want to have the right mindset going into this holiday season, and we don’t want Santa or Satan to be able to benefit from us,” Student Minister Ilia Rashad Muhammad said, reiterating the meaning of “Up With Jesus, Down with Santa.”

“Rather, we want to be able to benefit from the nickels and dimes and dollars and from the talents and resources and skills that we already have in our community,” he added.

Atty. Arif Muhammad and Brother Asika Muhammad referenced a Final Call article by the Honorable Minister Louis Farrakhan titled, “Why We are Calling You to Boycott Christmas.” In the article, Minister Farrakhan described the boycott of Christmas as “an old idea relevant to our present-day demands for justice.” 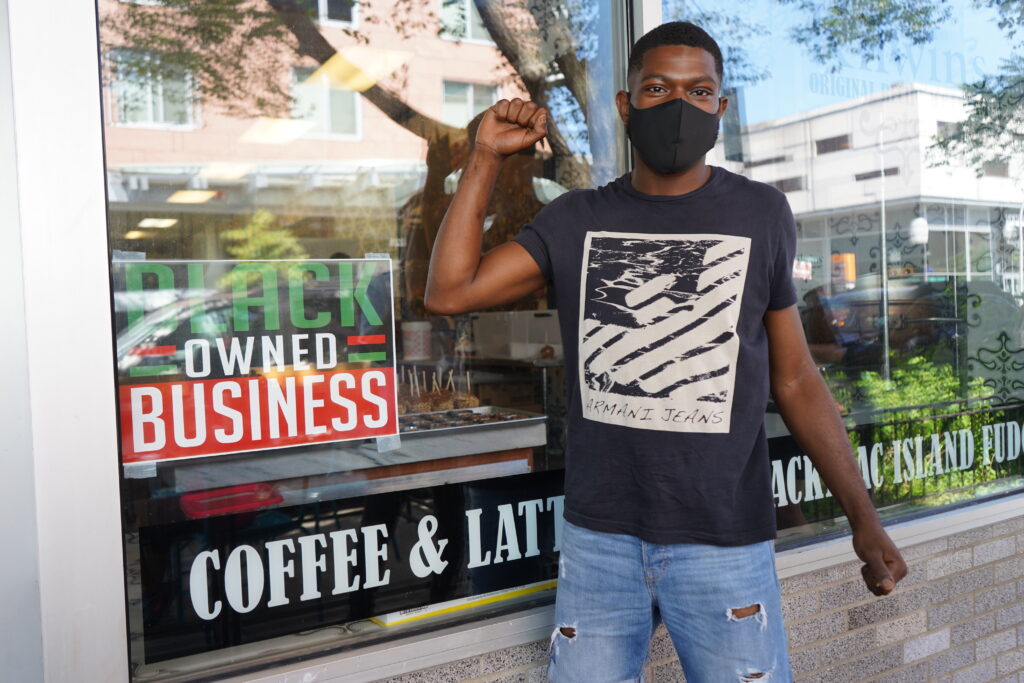 A young brother shows pride in giving back to the community. Photos: Melanie Brown

In his message, the Minister referenced words from Dr. King’s final speech, “I’ve Been to the Mountaintop,” delivered April 3, 1968, in Memphis.

“God sent us by here, to say to you that you’re not treating his children right. And we’ve come by here to ask you to make the first item on your agenda fair treatment, where God’s children are concerned,” Dr. King said. “Now, if you are not prepared to do that, we do have an agenda that we must follow. And our agenda calls for withdrawing economic support from you,” he added.

“We’re going to do that until the Black life, the cause of justice, is honored and respected,” Minister Farrakhan added.

According to a Nov. 3 press release by the National Retail Federation, 2022 holiday spending is expected to increase six to eight percent over 2021, to between $942.6 billion and $960.4 billion. Last year’s holiday sales grew 13.5 percent over 2020 and totaled $889.3 billion. Adjusting for high inflation rates, other forecasters say holiday sales this year are slightly in the negative.

A report by Adobe Analytics says consumers spent $9.12 billion on Black Friday and $11.3 billion on Cyber Monday. On average, individuals spend between $800 to $1,000 during the holidays, additional reports say. 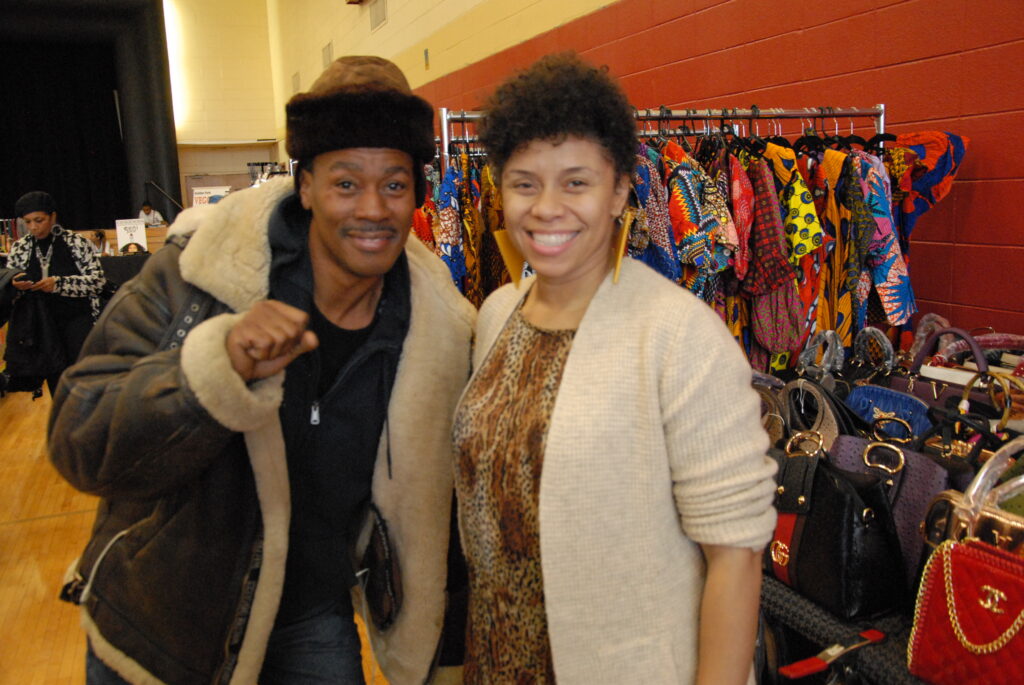 “I heard the Minister say one time, everything that you want comes from the earth. You have the same ability and right to go get it from the earth. But if you keep spending your resources with him, then you continue to uphold him, while the God Himself is lashing him. He wants us to withdraw,” he continued. 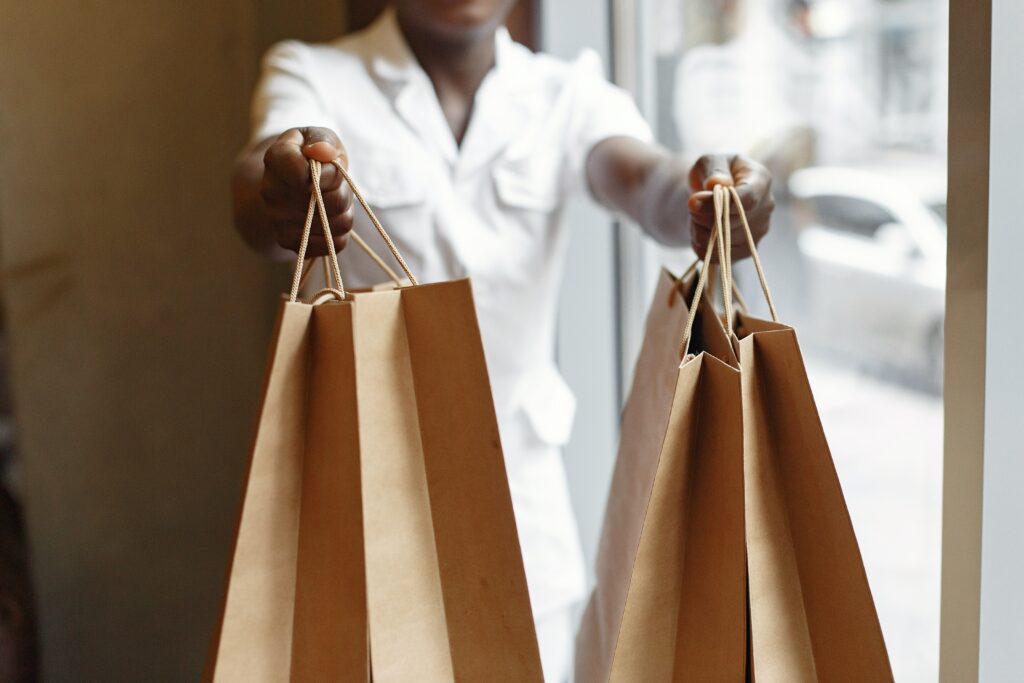 The Black Economic Council of Massachusetts has an ongoing campaign titled “25 Days of Black-Owned Shopping.” The organization has been highlighting one Black business a day on its social media platforms. Others promoted Black people buying Black on Black Friday.

In partnership with Google, rapper Ludacris released a song, featuring Flo Milli, on Nov. 17 titled, “Buying All Black,” in a campaign known as “#BlackOwnedFriday.” Lyrics included “when I’m shopping man, I’m buying all Black” and “go and buy some land before you go and cop that four door.” The music video featured multiple Black businesses and business owners based in Atlanta and encouraged listeners to “choose to buy Black on Black-owned every day.”

Cassiopeia Uhuru, co-founder and CEO of TheBlackMall.com, a digital marketing solution, directory and marketplace for Black businesses, based out of Chicago, is doing an ongoing holiday pop-up until February. She partnered with the Greater Chatham Initiative, an organization helping to revitalize several neighborhoods on Chicago’s South Side, and the BopBiz Center. The pop-up gives Black vendors the opportunity to have their products in a storefront. 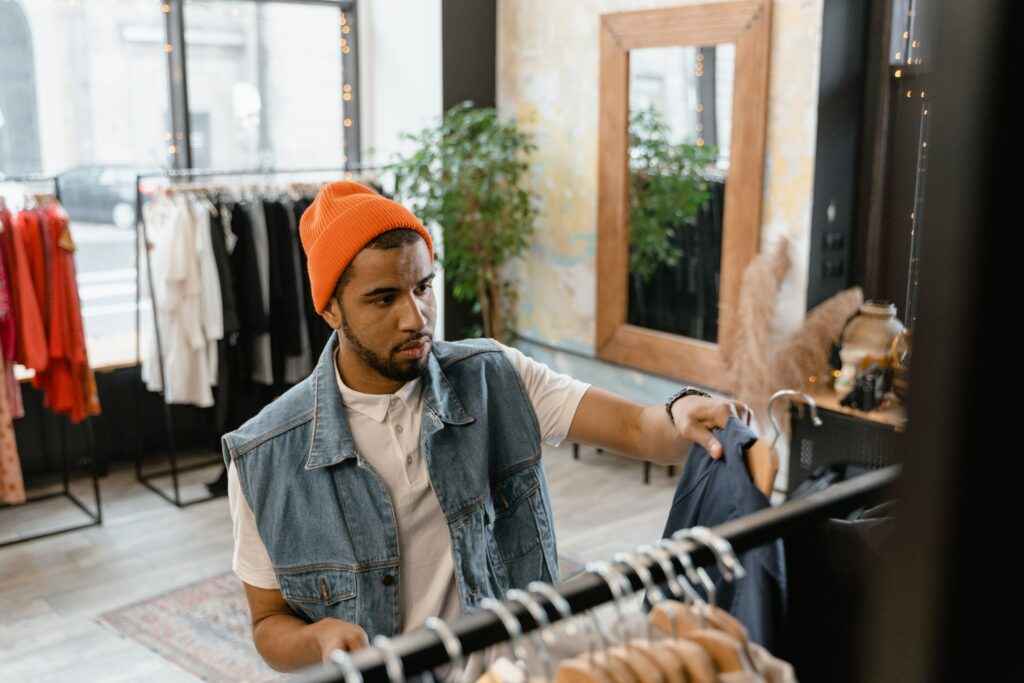 A shopper examines clothing on the rack. Photo: Pexels.com

“The storefront that we’re in that’s doing the pop-up is helping to get the community re-engaged with shopping in their own neighborhood and having nice places to shop in their own neighborhoods where it can feel welcoming and inviting,” Ms. Uhuru said to The Final Call. “And that it’s not just featuring liquor and corner store items. They’re getting nice, beautiful jewelry and clothes and gifts, items that you would love giving to your family or friends.”

For her, buying Black is a 365-day lifestyle. She hopes that the holiday season ignites that lifestyle in others.

“We’re giving them a nice taste of what it looks like to recycle your Black dollars during a time when people do most of their shopping, but we hope that they create relationships with these brands,” she said. “A lot of these brands have things that you just need throughout the seasons, throughout the years. There are skincare brands. There are clothing brands. There are jewelry brands. Things that you purchase, household necessities. There are brands that sell your deodorants and toothpaste and toilet paper, things you have to buy on a weekly or monthly basis.” 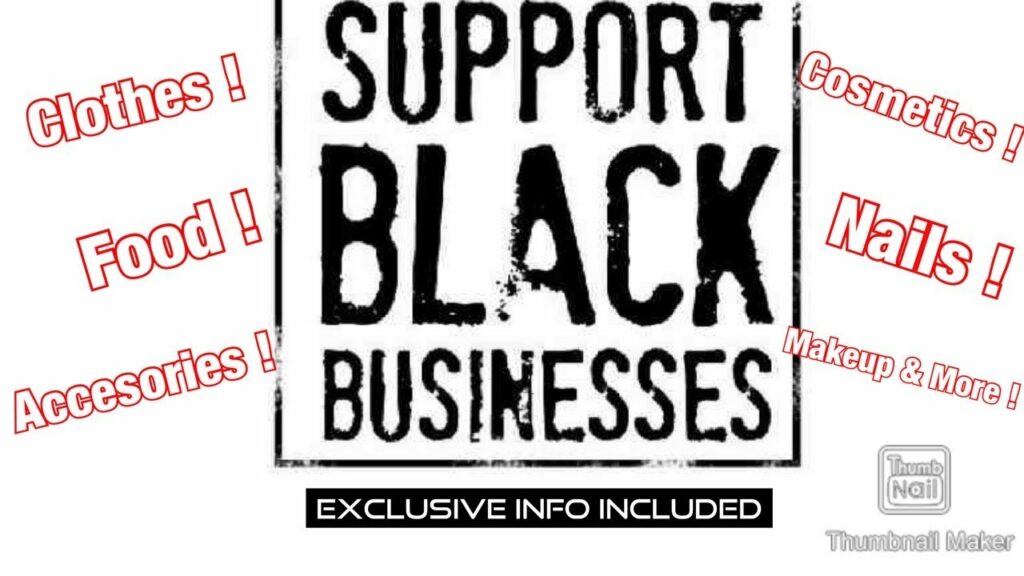 A report by Adobe Analytics says consumers spent $9.12 billion on Black Friday and $11.3 billion on Cyber Monday. On average, individuals spend between $800 to $1,000 during the holidays, additional reports say. Photo: Pexel.com

She explained that the way to keep the Black dollar in the Black community is to establish an economic engine: a community filled with sustainable businesses owned by the residents of that community that hires from within the community.

“This is why we see a huge issue in our community with poverty, with crime, because although we are making strides towards, we still aren’t all the way there with having the majority of our businesses being owned by us,” Ms. Uhuru said. “So when that happens, businesses that aren’t owned by us, they hire outside. And they also don’t put back into the community. They don’t have a vested interest. They only have an interest in taking money out,” she continued.

“When things are taken from you, you become poorer. And when we have more poverty, then you automatically have more crime because people still have an instinct to survive,” Ms. Uhuru pointed out. 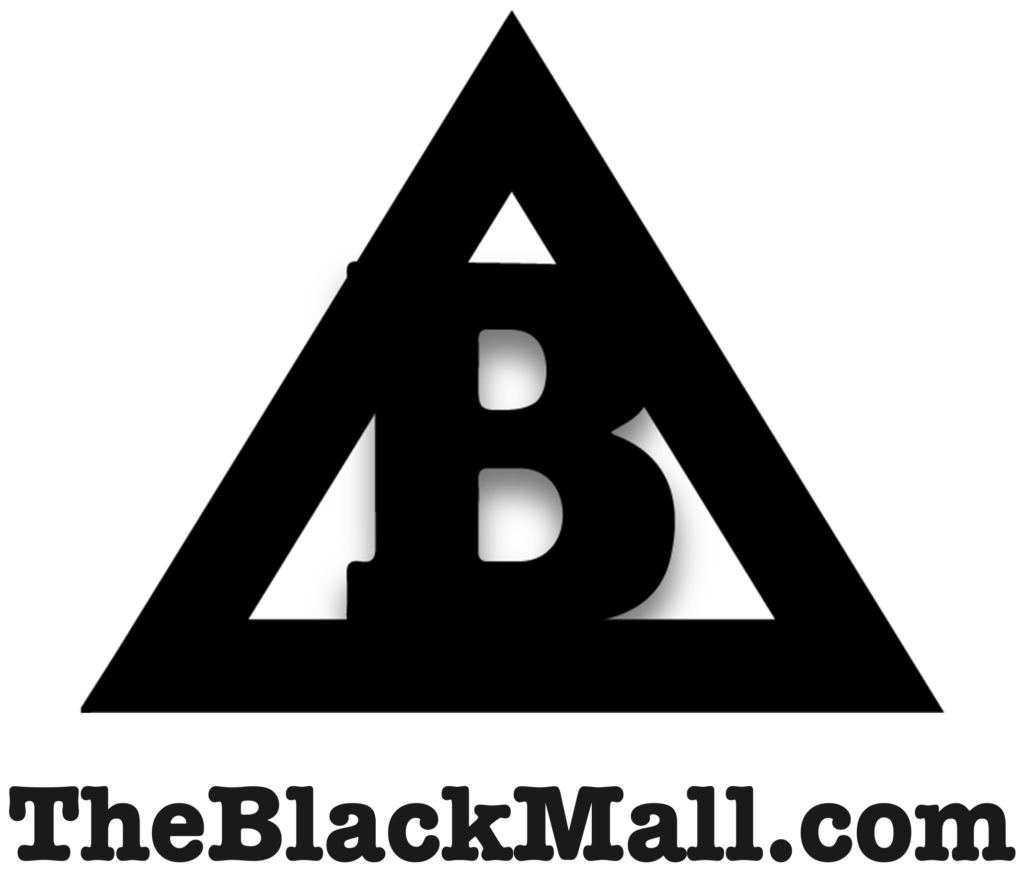 As far as some of the White corporations with their history of racism, the entrepreneur said, her focus is not on those corporations anymore. “It’s just on us,” she said. “The more we develop us, we don’t have to worry about what other people are doing.”

Callers on the Elevated Places episode stated that Black people need to get back into collaborative farming and business.

“Business—you have to satisfy the needs of the people, food, clothing, and shelter. And the only way you can get food, clothing and shelter is to go through the land. So that’s why agriculture and the development and control of resources are so important,” said Dr. Ridgely Abdul Mu’min Muhammad, manager of the Nation of Islam’s Muhammad Farms in Georgia. He noted how the economic boycott gives young people a way out without fighting with their blood.