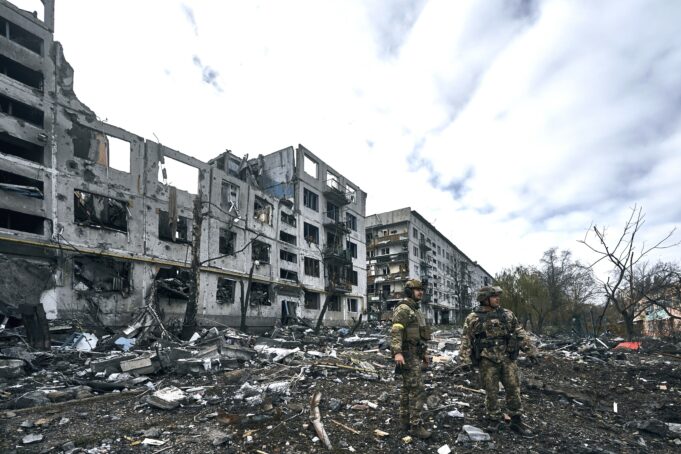 War and carnage continue raging in Eastern Europe. World leaders wrestle with the fallout and reality that after nine months of fighting between Russia and Ukraine, there still appears little promise of a peaceful resolution. In addition to the crisis in Europe, governments in other world regions are accumulating weapons of war and marshaling their armies.

All the preparation comes amid a time a dreaded “war to end all wars” referred to as “World War III” or “Armageddon” in the scriptures, which is ever-present on the horizon.

For years both men cautioned the nations that the prophesied time for universal change has arrived. It’s the “breakup of an old world” of White supremacy, tyranny, oppression, and exploitation to a new world set up on freedom, justice, equality, and peace. They also warned about the dreaded war of Armageddon.

“The Honorable Elijah Muhammad defined the word ‘Armageddon’ in these words: The first three letters say ‘arm,’ and the arm is that which does the will of the mind. It is the manifestation of what is in the mind. ‘Arma’ means armies and arms,” said Minister Farrakhan, during the World Day of Atonement and first anniversary of the Million Man March, held at the United Nations Plaza in New York City on October 16, 1996. 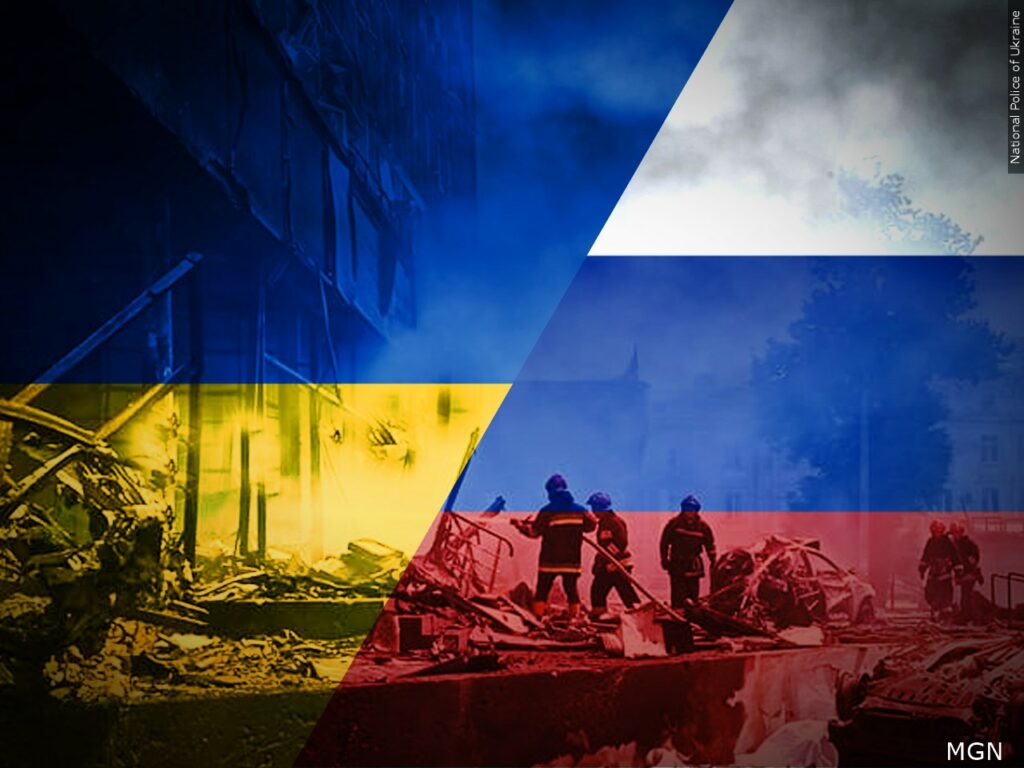 In words that still stand true in 2022, the Muslim leader warned that the deeds of nations are moving them toward that fateful battle.

Finger-pointing after missile lands in Poland

Europe has reached a dangerous juncture that’s pushing White world rule closer to an abyss and manifest fall. There is no doubt the Caucasian world is imploding, racked with political uncertainty, dissatisfaction, anti-government protests, stifling inflation, and an energy crisis spurned by the Russia-Ukraine conflict exposing serious fault lines in Europe’s stability.

The barometer of anxiety about wider war shot to 10 in the Russia-Ukraine conflict when Polish media reported that “Russian missiles” hit the Polish village of Przewodow, near the Ukrainian border, killing two people on Nov. 15. World leaders went into overdrive to decide if the act was deliberate or accidental and where the missiles actually originated.

At first Poland, several eastern European countries and Kiev pointed the finger at Moscow. Russian defense officials refuted the charges on Telegram and dismissed the claim as “deliberate provocation.” 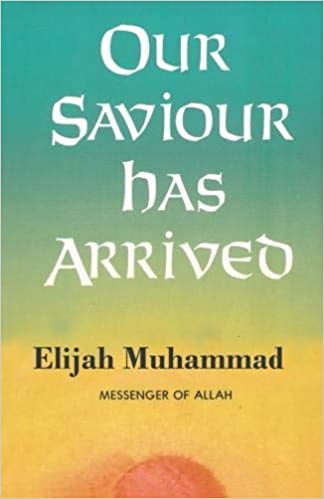 The initial reaction from U.S. President Joe Biden was carefully worded, touting the act as “explosions” rather than missile attacks. Mr. Biden held an emergency meeting of leaders who were gathered in the Southeast Asian nation of Bali for the G20 Summit which also included the G7 bloc of nations.

Polish and NATO officials determined the missiles did not originate in Russia but were defense missiles fired by Ukrainian forces. Ukrainian President Volodymyr Zelenskyy rejected Poland’s findings and vehemently accused Russia. He called for a joint investigation including Ukraine, led by Poland and America.

“I believe that we have the right to this. Is it possible not to announce the final conclusions until the investigation is completed? I think it is fair. If someone says that this is our rocket, should we be in a joint investigative group? I think we should, it is only fair,” said Mr. Zelenskyy reported CNBC.

Though the missiles were not Russian nor deliberate, America, NATO, and Poland said Russia bears ultimate responsibility, reasoning the act resulted from Russia’s “illegal war” of aggression.

Heightened anxiety stems from Poland being a NATO country, which compels the entire military alliance to respond militarily under the Article 5 rule in NATO’s charter. That would mean World War III.

Worry loomed that America—a nuclear power—and NATO could be drawn into direct combat with Russia, another nuclear power. Saber rattle about nuclear weapon use has been constant, and although always pulled back, it is a dangerous possibility sparked by a misunderstanding or miscalculation and remains high, say observers.

“By some measures, Russia has more nuclear weapons than the United States,” said Dr. Horne. “So, this is exceedingly dangerous,” he said.

Besides miscalculations potentially plunging Europe into all-out war, weary discontent is rising among the European populace. People are upset with governments supporting a foreign war while debilitating inflation decreases food and fuel security at home.

Minister Farrakhan had described such a circumstance as dissatisfaction and a “universal cry for justice” against tyranny and inequality.

The Civil Unrest Index 2022 report released by Verisk Maplecroft, a United Kingdom-based firm that watches such trends, predicts that out of 198 countries, the risk of social unrest will increase in 101 countries due to the global economic crisis. 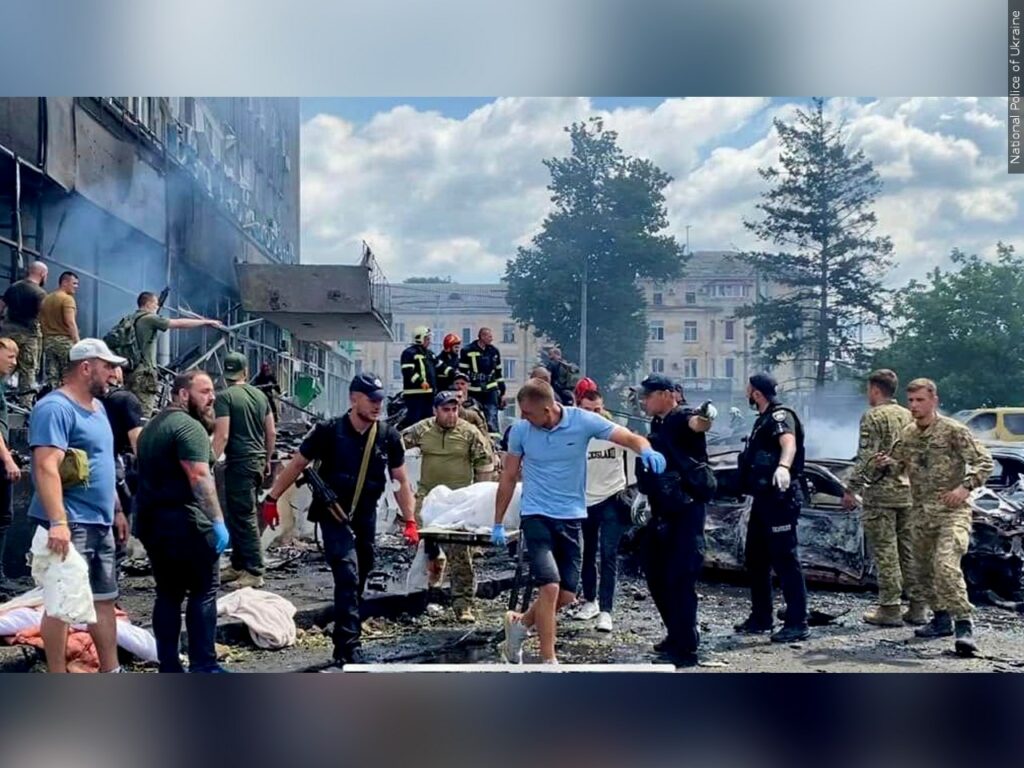 According to the firm, supply disruptions and the war triggered disruptions causing record inflation in many countries. Data covering the last seven years revealed that the last quarter of 2022 shows the world is facing an unprecedented rise in civil unrest, in the largest number of nations since the firm released the index in 2016.

The impact is clear across the globe, with popular discontent over rising costs of living due to rising food and energy prices, appearing on the streets stretching from Europe, Latin America, and Asia. Volatile anti-government demonstrations erupted from France to Romania, with workers demanding better salaries to keep pace with rising costs. In Germany, Europe’s biggest economy, protesters are urging the government to redo fiscal policy to mitigate unaffordable fuel and food costs.

The protests show the big talk and swag of western leaders about backing Ukraine and breaking Russia is detached from a growing unwillingness of the European street to bear the weight of war. Observers predict suffering from the economic and energy crisis will worsen as winter sets in. Analysts expect Europe will experience a winter of discontent.

Some see America as a culprit in their dilemma. The Biden administration led the charge in urging European leaders into the “maximum pressure” campaign of sanctions on Russia, widely seen as a major cause of the energy crisis. The leaders are going with the program. “But the people are in the streets … saying this doesn’t make any sense,” said Dr. Wilmer Leon, political scientist and host of “Inside the Issues” on SiriusXM Satellite radio Urban View 126.

Others criticize America for the financial and material resources afforded Ukraine amid its own skyrocketing costs of living and looming recession. The dissatisfaction expressed in Europe will soon be expressed in America as the leading benefactor of arms and aid for Ukraine. Europe’s unraveling is the fall out of America instigating Europe’s headlong alienation of Russia, while Europe was heavily dependent on Russian energy.

“We going to see who’s alienated when those White folks in Europe start getting cold and start getting hungry and asking their leadership: We’re following the United States down this rabbit hole for what?” said Mr. Leon. “Explain to me why we’re doing this,” he said.

With America in the center of the fray, Dr. Horne said: “This crisis is also exposing … some of the weaknesses of the Black American leadership, which oftentimes is not focused on foreign policy.” 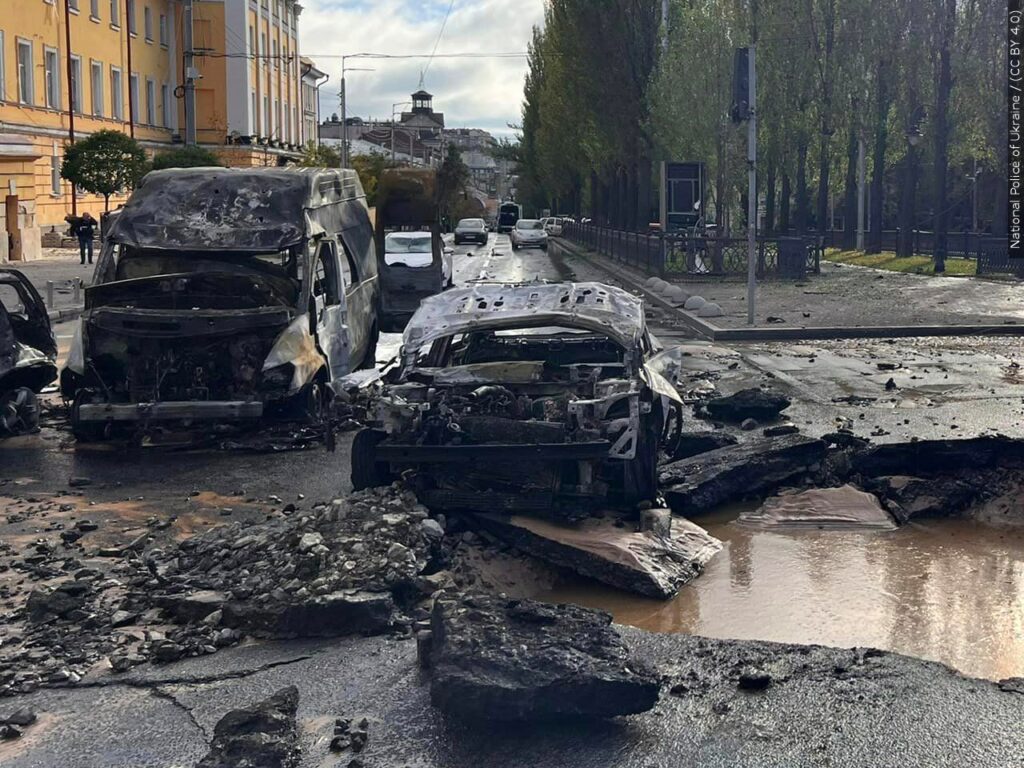 “It’s been quite disastrous,” he argues. “Given the fact that Black Americans are tied so closely to the Democratic Party … the leadership and organizations oftentimes don’t focus on foreign policy,” Dr. Horne expressed.

This allows war-hawks to dominate policy and push America into World War III, meaning the extinction of humanity, not to mention people of African descent.

“I think that the problem with the Black community worldwide … is viewed as the anchor of a Democratic Party which wages war by proxy in Central Europe,” said Dr. Horne.

There is a perception that the GOP is not as sold on Ukraine, with some lawmakers even “posing as avatars of peace,” he added.

Earlier this month, incoming House Speaker, Kevin McCarthy (R-Calif.) stated he supports Ukraine, but not issuing a “blank check.” The Democratic Party, overwhelmingly supported by Black people, is perceived as the party of war.

“That does not help us in the international community where our African brothers and sisters obviously are not interested in World War III … so our policies are inconsistent with what our community needs,” added Dr. Horne.

President Biden asked Congress for another $37 billion in emergency aid to Ukraine on Nov. 17. Shalanda Young, director of the White House Office of Management and Budget, said that more than three-fourths of the $40 billion approved by Congress earlier this year for Ukraine has already been disbursed or committed. 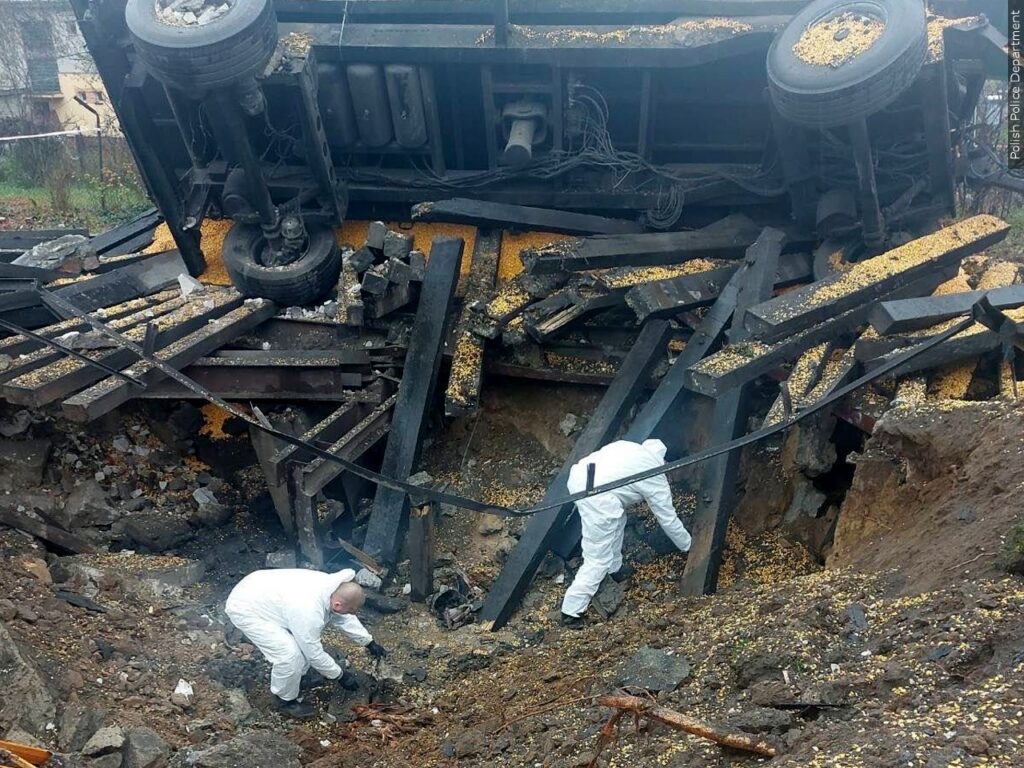 “Billions of dollars of our tax money is going to Ukraine,” Dr. Horne told The Final Call.

America has not found a magic Dollar Tree with an infinite sum. Every dollar that’s going to Ukraine is fewer dollars for K through 12 education and healthcare. “When our leaders don’t focus on the Pentagon budget, which soaks up most of our tax dollars, they’re basically saying, it’s okay,” said Dr. Horne.

Minister Farrakhan warned during his World Day of Atonement message that this most destructive of all wars is at hand and the “window of opportunity’s very narrow,” but perhaps can be averted if the nations will hear the Word of Allah (God).

“In fact, we have entered into the door of this great cataclysmic war that will take down almost all of the human family of the earth,” said Min. Farrakhan. “In fact, this time period is prophesied to bring about such destruction, that it is written in the Bible that if these days were not shortened for God’s elect sake, no soul would be left alive on earth,” he added.

In a message early this year, the Minister explained that the war of Armageddon starts with a Messenger of God teaching people the truth. Then people fall on either side. “If you disbelieve the truth then you will continue in your way,” he warned.

The Honorable Elijah Muhammad described the current time as terrible. “It is a very dreadful time that the populations of the earth are now living in,” wrote Elijah Muhammad in his monumental book, “Our Saviour Has Arrived,” published in 1974.

On page 212, He compared the motion of change to the fall of ancient Babylon, a wicked nation of the past destroyed for its evil.

“ ‘At the noise of the taking of Babylon the earth is moved, and the cry is heard among the nations.’ Here the Bible teaches us, and we see today, at the fall of the old world, there is a great noise of war, the fighting of war, the destruction of nations, towns, and cities and the killing of their citizens,” wrote Elijah Muhammad, referencing the biblical book of Jeremiah 50:46.

“There is disagreement and confusion of the heads of nations,” he further wrote.

Mr. Muhammad explained this is the time for the destruction of an entire world. However, America is first for her record of injustices done worldwide, and domestically to the Black once-slaves and Indigenous Native American populations, that still goes unanswered.

The Earth, land, and sea are set in battle array. Every type of deadly weapon is fashioned and is now being used against man and man. The nations are reeling from the corruption their hands have shaped.

“There cannot be any peace for man under these conditions,” wrote the Honorable Elijah Muhammad. He warned that the actions of the world leaders have angered God and His chastisement is now present.