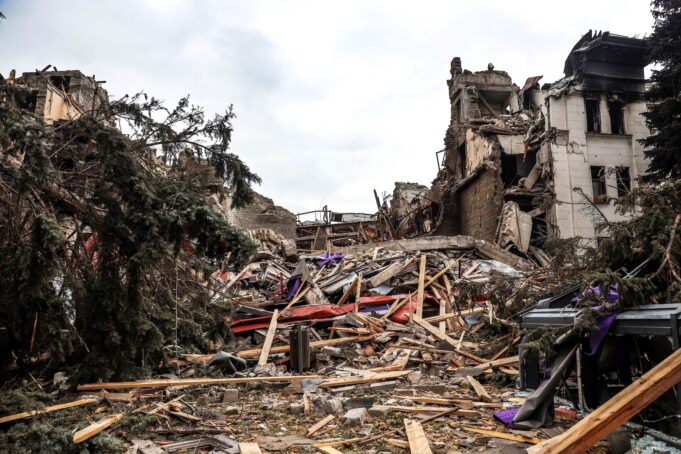 White world power is clashing against itself in the Russia-Ukraine conflict in Eastern Europe. The months-long war has descended into threats of a wider and much longer lasting catastrophe.

Hawkish rhetoric by America, her Western European allies, Ukraine and Russia has intensified—and so has the likelihood of greater conflict.

“We’re in a very dangerous spot,” said Eugene Puryear, activist, and host of BreakThrough News Podcast. “It seems that the only people talking about peace now at this point … are those of us around the world who would like to not have a nuclear war,” he said. America’s posture, in particular, has shifted into even more all-out war scenario, with billions more dollars in weapons being shipped to Ukraine, noted Mr. Puryear.

U.S. lawmakers pledged in late April to move fast on a plan to send $33 billion to help Kyiv keep fighting. Rep. Adam Kinzinger, on CBS News Face the Nation, spoke of his congressional resolution that authorizes the president to use military force in Ukraine. It’s “giving the president basically congressional leverage or permission to use it if WMDs—nuclear, biological or chemical—are used in Ukraine. Doesn’t compel the president to do it. It just says if it is used, he has that leverage,” the Illinois Republican said May 1. WMDs is the abbreviation for weapons of mass destruction. 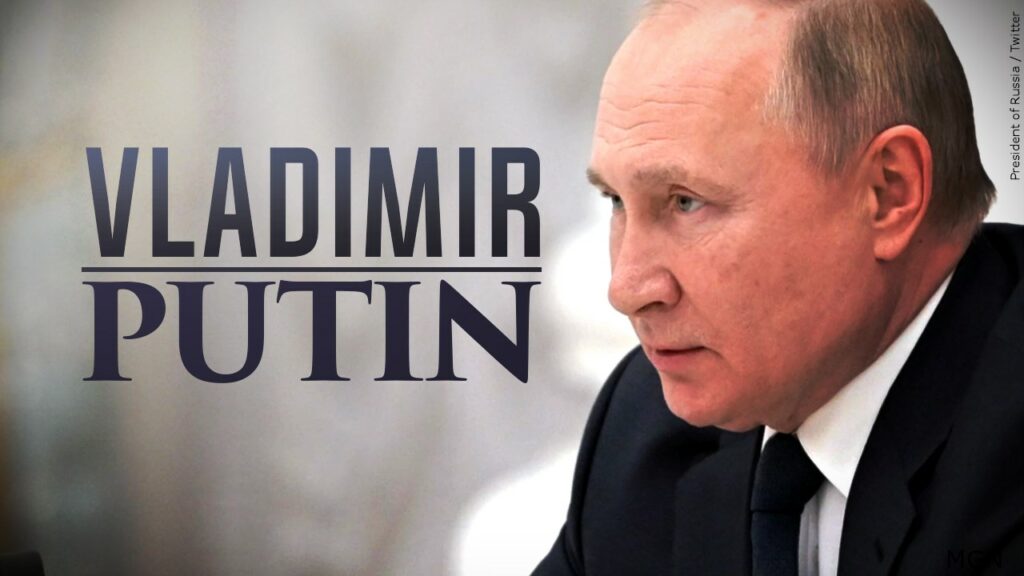 But beyond the geopolitical and military analysis, the tumultuous fighting between White World powers raging in Eastern Europe must be understood in the light of scriptures. According to the writings of the Most Honorable Elijah Muhammad, Eternal Leader of the Nation of Islam, the world rule of Caucasian people, in particular, is facing divine judgment. He described it as a time of an “old world going out and a new world coming in,” driven by the presence of God.

The present world, ruled by Caucasian people, has been judged and condemned by God Himself and war will be one means of its destruction, Mr. Muhammad taught. Judgement has come because the rule of White people has been deadly and destructive, notably with the killing of the indigenous people of America and the horrors and genocide of the transatlantic slave trade. Not to mention, evil, oppression and widespread slaughter of the darker people of the earth. 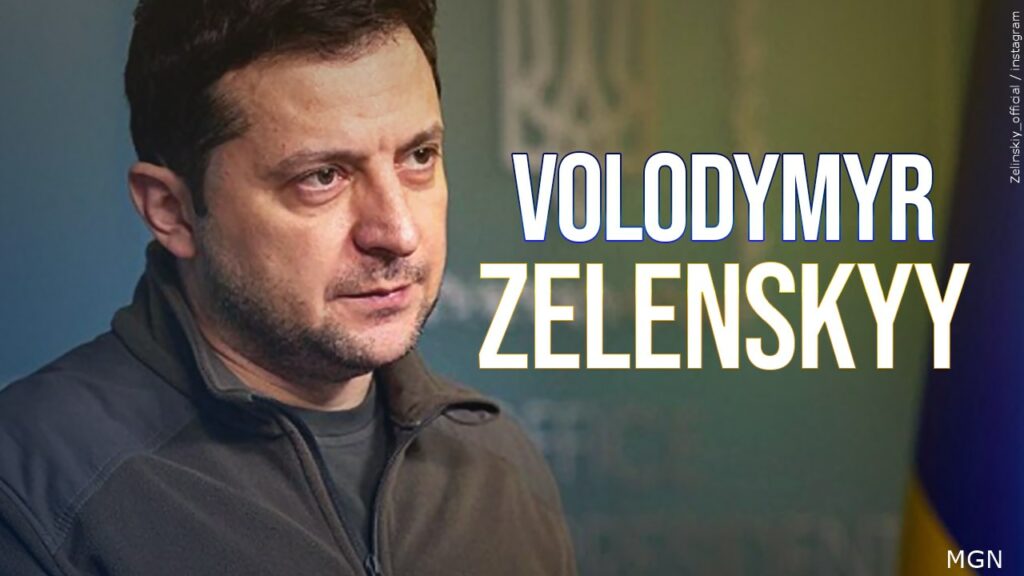 “The troublemakers must be punished and brought to an end so they will never be able to give trouble anymore. Many shall suffer because of the corruption that this world has brought and is bringing upon innocent people,” warned Messenger Muhammad in his writings.

The Honorable Minister Louis Farrakhan repeated and explained his Teacher’s warning May 2 in Eid holiday remarks as the holy month of Ramadan drew to a close for Muslims. He again shared how the war in Ukraine would have devastating results for America, Russia and usher in widespread sorrow.

“Nearly fifty days ago Russia attacked the Ukraine. For the first time as I can recall reporters were embedded into the areas of war. Death and destruction has been recorded and shown on television to the American people,” said the Minister speaking over the Ramadan Prayerline.

“I don’t know any war that America has had that has had the type of publishing where we could see the devastation of war, bodies in the streets,” he continued. Along with that are media reports of alleged Russian atrocities, rapes, and families separated as men fight for Ukraine, said the Minister.

“And this war has been brought into our living room where we can sit and see and watch death and destruction visited upon the people of Ukraine. How then can America stay out of a war when the American people are feeling the pain of the Ukrainian people suffering in their cities and sheltered from the bombs and rockets that are falling on them?” asked Min. Farrakhan.

He repeated his Saviours’ Day 2022 warning from February about the U.S. being drawn into the war and a wider world facing the wrath of God Himself. “Wherever we are in the Muslim world rejoicing over the success of our Ramadan yet the clouds of war are gathering over the Muslim world. We are being chastised, and the opening of the serious chastisement of the human family has begun,” warned Min. Farrakhan. 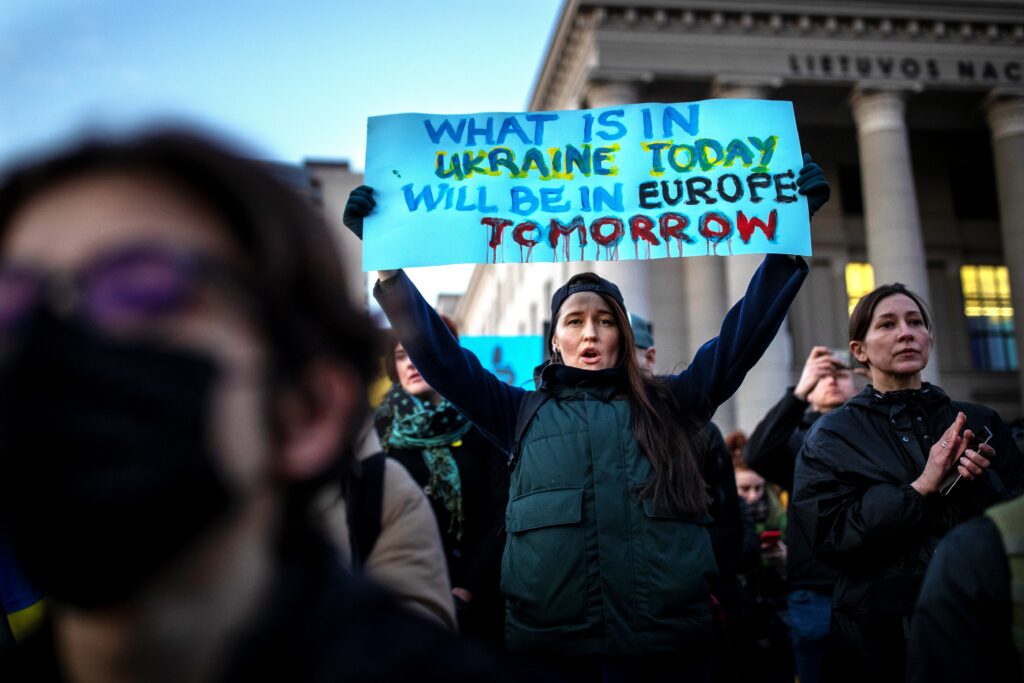 “I have been made a trumpet of warning and good news to our people and to the nation by the permission of Allah (God),” he continued.

“America you’re not going to have a good day,” Min. Farrakhan added.

We will reap evil, the Minister warned, “if we do not repent of our evil in time because the chastisement is getting worse and worse and the great calamity is on its way.”

Vladimir Putin told lawmakers in St. Petersburg April 26 the West wanted to break Russia into pieces and pushed Ukraine into conflict with Moscow. He vowed Russia’s “retaliatory strikes will be lightning fast.” 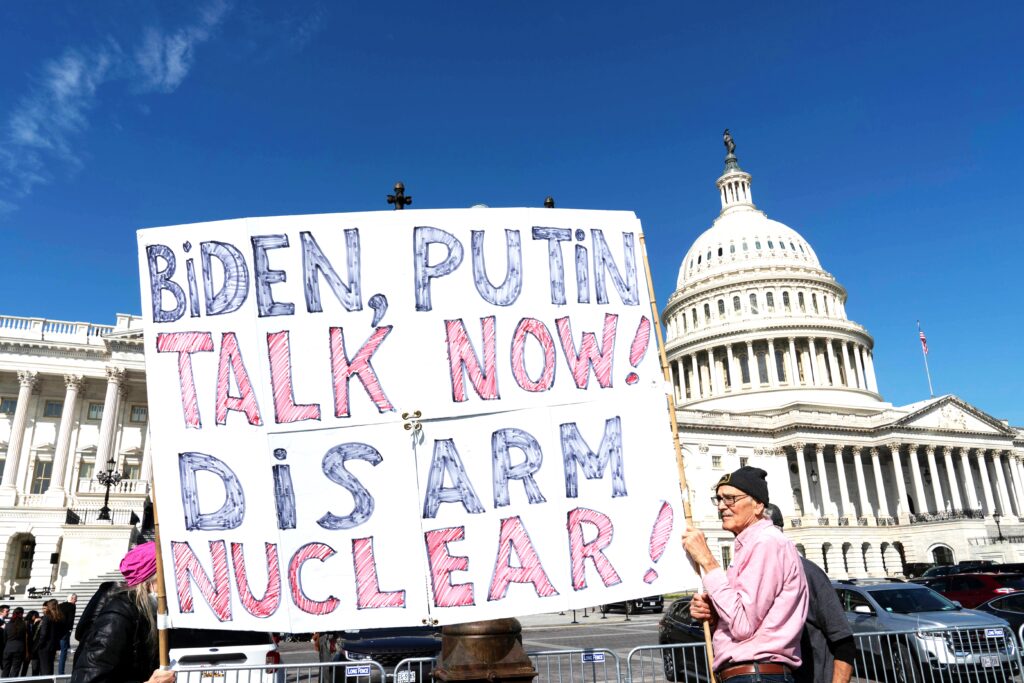 Stopping the gas flow in late April was condemned by European leaders as “blackmail,” and marked a dramatic escalation in the economic war of sanctions and countersanctions. At Final Call presstime chinks in the armor of European unity were showing. Four unnamed European natural gas buyers bucked the EU and paid Russia in rubles for supplies, Bloomberg reported. Europe receives 40 percent of its natural gas from Russia and makes about $880 billion in annual payments. 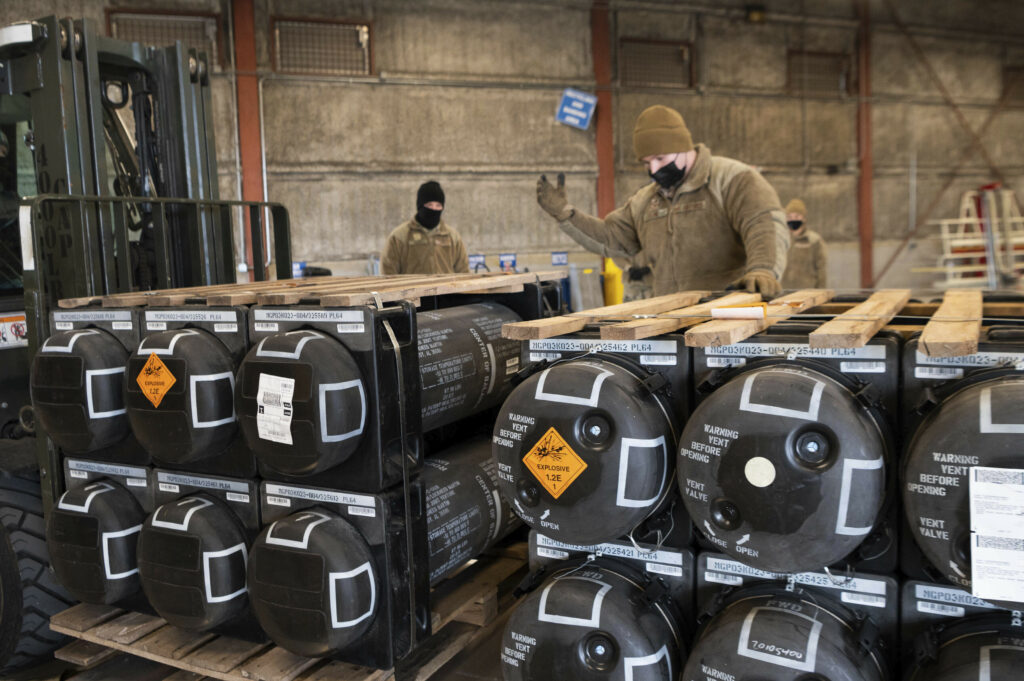 In this image provided by the U.S. Air Force, Airmen and civilians from the 436th Aerial Port Squadron palletize ammunition, weapons and other equipment bound for Ukraine during a foreign military sales mission at Dover Air Force Base, Del., on Jan. 21, 2022. Since 2014, the U.S. has committed more than $5.4 billion in total assistance to Ukraine, including security and non-security assistance.(Mauricio Campino/U.S. Air Force via AP)

Despite appeals by various stakeholders, including the United Nations, various anti-war groups and human rights organizations to end the war, destruction, mayhem, and bloodletting was rising.

“They’re operating under the flawed assumption that they can force the Russians into backing down. That Putin and the Russian Federation are not serious about taking this to the brink,” said Ajamu Baraka, national organizer for Black Alliance for Peace. “And therefore, in typical White male fashion, they are pushing this to a point where they’re going to stumble into a direct confrontation. And that’s going to be tragic for the U.S. and for the entire world,” he said.

Defense Secretary Lloyd Austin ratcheted up war talk April 25 by saying the U.S. desired to “weaken” Russia. “We want to see Russia weakened to the degree that it can’t do the kinds of things that it has done in invading Ukraine,” Mr. Austin said arriving back in the U.S. from Kyiv with Secretary of State Antony Blinken.

In February 27 remarks during a Chicago message called “The Swan Song,” Min. Farrakhan said, “All White power has to end. The kingdom of God has to be established.” “The Messenger said Europe will be one of the worst war areas of all the world,” the Minister said referring to his teacher, the Hon. Elijah Muhammad. “And when you start going away, the Messenger said, ‘you go away by the tens of thousands to fight.’ He said, ‘but you’ll come back by the fives and tens.’ ”

America is first on God’s list to be destroyed as an example for her counterparts in Europe, Elijah Muhammad said. America ignored the cries for justice from Black, Brown, and indigenous people whom she had enslaved, subjugated, oppressed and murdered for nearly five centuries.

“Did you think that you can kill off millions of Native Americans? Did you think you can take a nation out of Africa and do what America has done and it’s continuing to do?” the Minister asked. “If you continue to do what you do, your time is up. 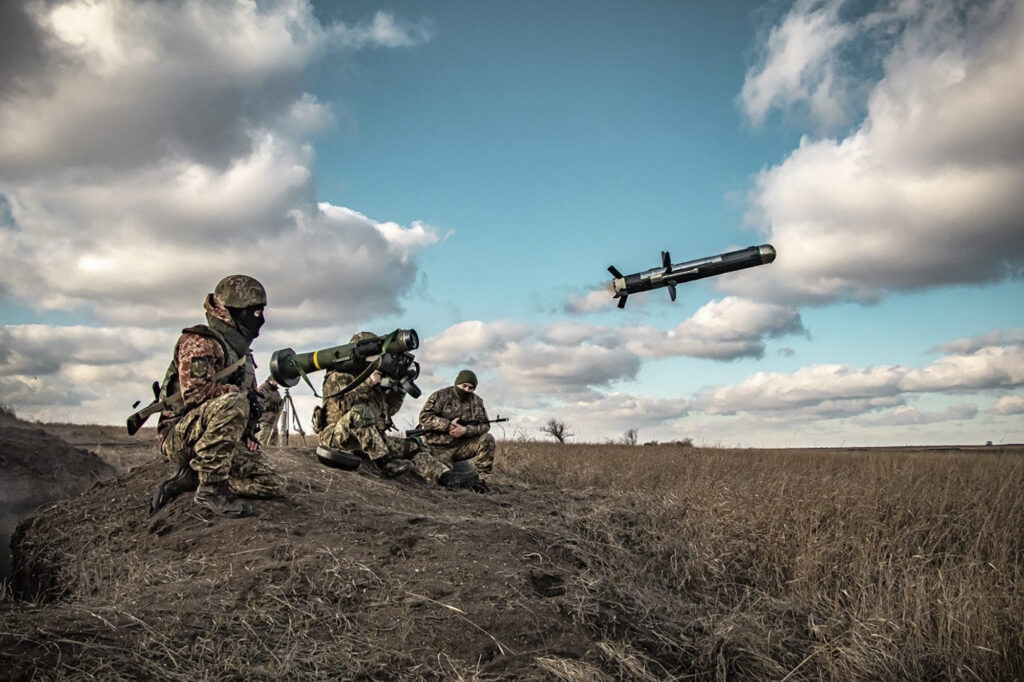 “God would not be just to allow America to escape for what America has done. Not only to us and to the Mexicans and to the Indians, but to people around the world,” the Muslim leader said.

Elijah Muhammad explained in his pivotal book, “The Fall of America,” how America and Russia, the two most powerful warmongers in the world, are seeking to maintain their rule over the nations of earth, and even to conquer outer space.

“This will not last long. In their travel and investigation into space, Allah, (God), is permitting them to peep into His great, unequalled creation of power and might, the heavens and earth. The Holy Qur’an teaches that when Allah, (God), gets ready to destroy a people He opens the doors of heaven to them,” said Messenger Muhammad. “He gives them a peep into His great wisdom and secrets. But this does not mean that this adds power to the enemy to be able to war against the Creator. The reason for all of this is due to the fact that Allah, (God), is setting up a kingdom of righteousness, freedom, justice and equality.”