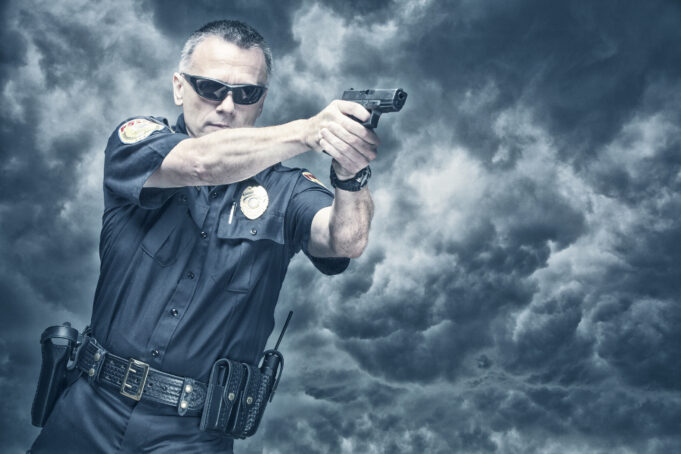 WASHINGTON—An’Twan Gilmore, a 27-year-old Black man, was asleep at the wheel of his idling BMW with his foot on the brake. On the late summer night last year, several District of Columbia police officers approached his car. They noticed he had a gun in his waistband. The officers knocked on the window to wake him up. Suddenly, according to witnesses and police body cam footage, his car started moving.

The officers immediately ordered him to stop which he did. But the car started moving again. Without warning, in less than a second, Officer Enis Jervic fired 10 shots at Mr. Gilmore at close range. The car continued moving, eventually stopping at the end of a street, where police had blocked the path with at least two squad cars.

Mr. Gilmore joined the 1,134 people in 2021 killed by police, according to a recent report. Most killings began with police responding to suspected non-violent offenders, like Mr. Gilmore asleep in his car. Or when no crime had been reported. One-hundred-seventeen people were killed after police stopped them for traffic violations. One-hundred and four people were killed after police responded to reports of someone behaving erratically or having a mental health crisis. 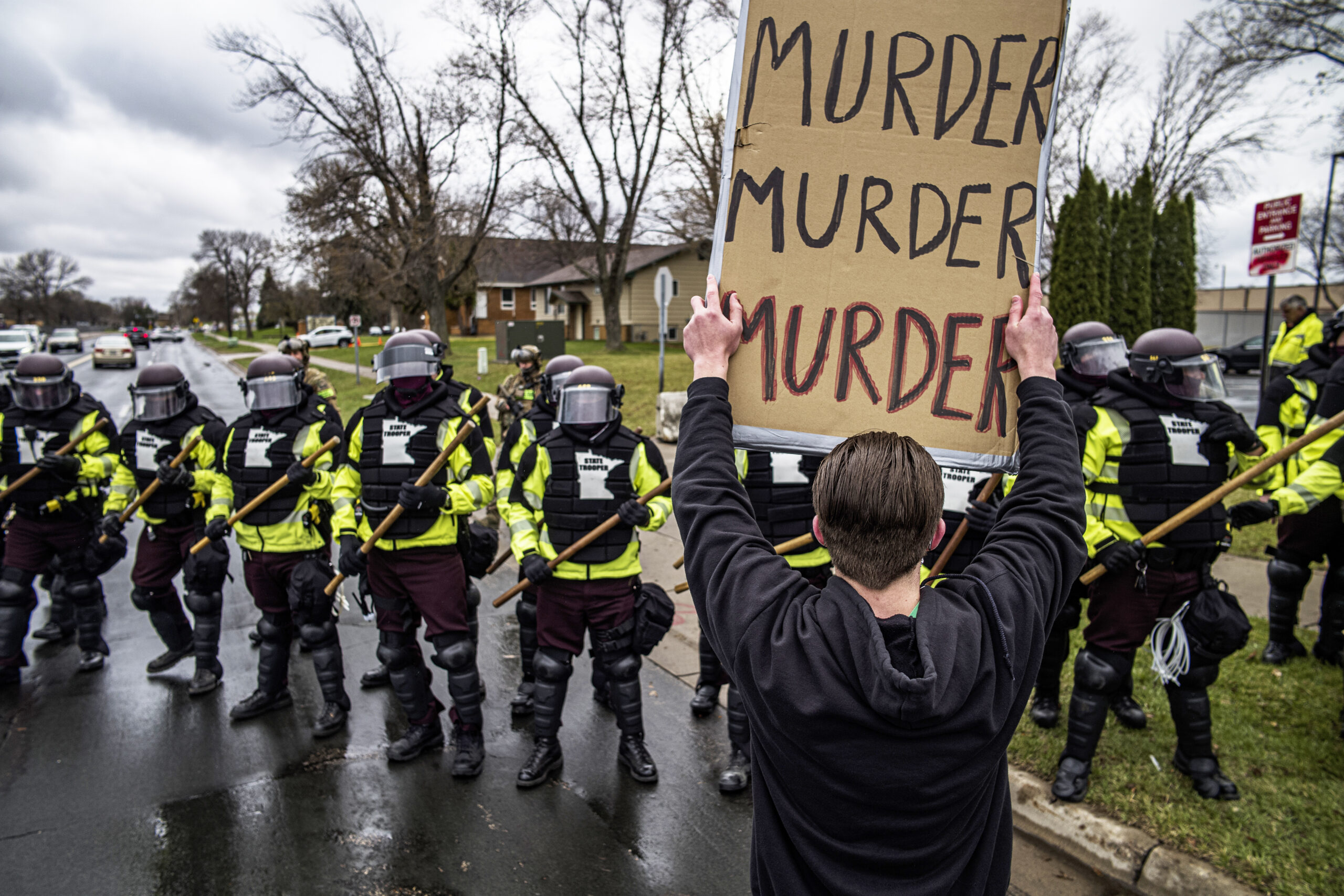 Protesters confront police over the shooting death of Daunte Wright at a rally at the Brooklyn Center Police Department in Brooklyn Center, Minn., Monday, April 12, 20121. (Richard Tsong-Taatarii/Star Tribune via AP)
“Year over year, we’re not seeing a reduction in fatal police violence,” Samuel Sinyangwe, the data scientist behind the Mapping Police Violence report, told The Final Call. “Despite a lot of things that have been proposed (police reform), a lot of legislation that has been passed, we’re not seeing at the national level, a huge reduction of police violence. If anything, things seem to be going in the wrong direction.” The report was released in January.

Mapping Police Violence collected data for their 2021 report from obituaries, public records and databases like Fatal Encounters and the Washington Post. The federal government tried to create a national database on this issue, but the Use of Force Data Collection program is expected to close this year. Fewer than 60 percent of the nation’s law enforcement agencies reported data to the program.

“The numbers we are seeing are just the tip of the iceberg,” said Hamza Muhammad, a retired D.C. police officer, told The Final Call. He received his Islamic name from the Honorable Minister Louis Farrakhan for his work while a police officer helping Muslims rid Mayfair Mansions apartments of drug dealing and shutting down a notorious open-air drug market in the late 1980s. He was also an outspoken critic of the department he worked for and organized Black officers to confront racial bias and abuses on the streets.

“I want it to sink in that 40 percent of the police departments don’t even report to the Justice Department their police involved shootings. We don’t have those numbers so we don’t have an accurate picture of what’s going on,” he said. 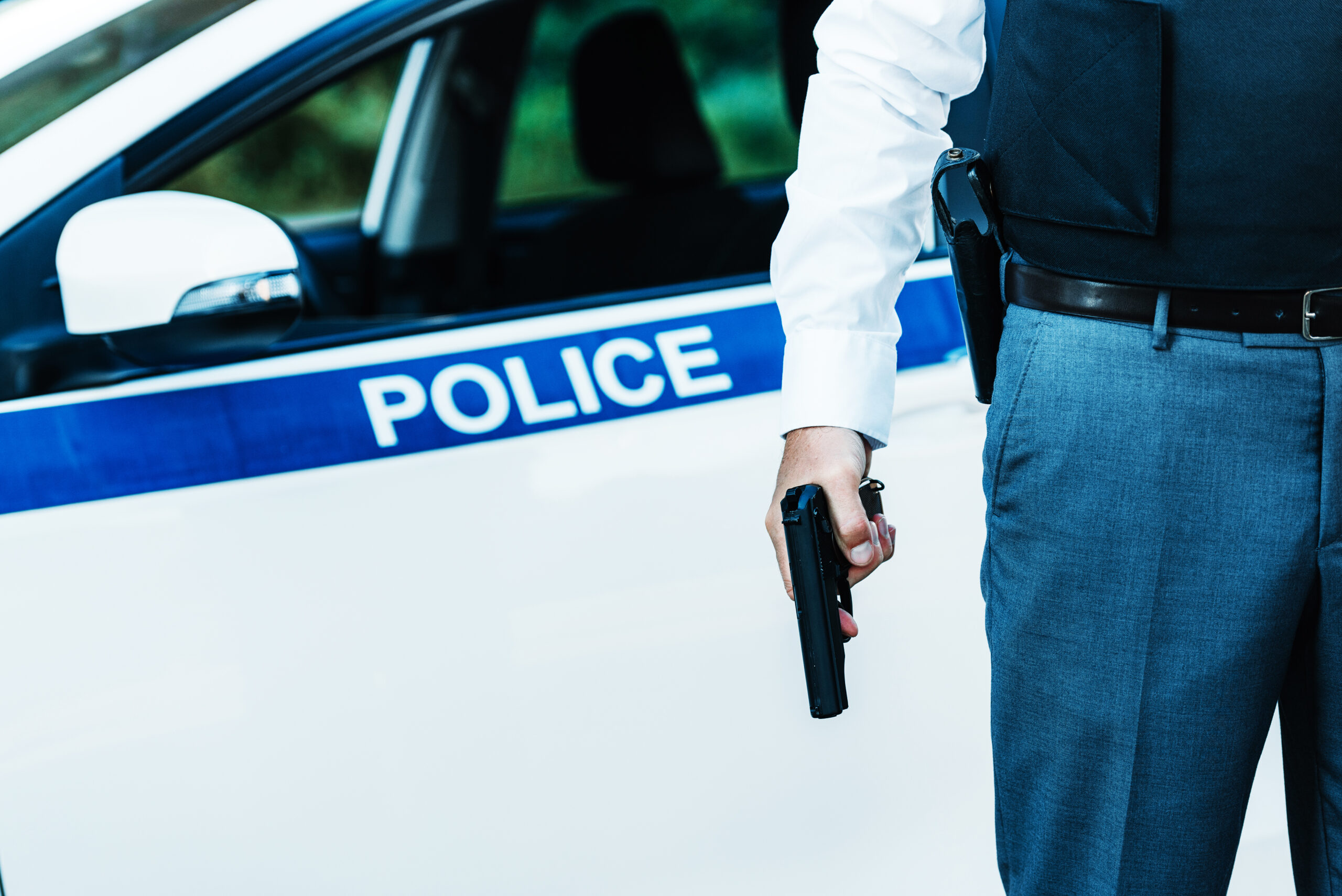 “The problem is yesterday’s serve and protect cop has been replaced with today’s law enforcement officer. His only job is to follow the law. He’s not concerned with justice and mercy. He’s the one that’s killing the people. He never should have been on the force, but it all starts with their training. I’m a former recruit trainer. That’s where it all starts,” said Mr. Muhammad.

The U.S. Justice Department has tens of millions of dollars in grants available for police departments to use for training. But the Justice Department does not regulate how state and local police departments use the money for training. Consequently, substantial money is paying for training that emphasizes a warrior mentality with violence over de-escalation and often demonizes social justice groups, who protest police abuses.

In Maryland, new legislation requires recruits that complete use of force training to pledge to conduct themselves in a way that respect human life and act with compassion towards others. It’s one attempt to dislodge a toxic warrior mentality.

“There are additional systems that are being put in place for accountability purposes,” commented Major Sabrina Tapp-Harper of the Baltimore City Sherriff’s Office, who also serves as chair of the National Black Police Association. “By doing that, there’s an expectation of improvement in policing. These improvements have been set out over time. They all are not happening at once.”

2021 also set a record with 21 police officers charged with murder or manslaughter during an on-duty shooting. That is the highest in a single year, according to a database by Bowling Green State University criminal justice professor Philip Stinson that started tracking such incidents in 2005.

But the officers charged were more than likely prosecuted by a Black woman, the Mapping Police Violence report found. Fewer than three percent of killings by police annually result in officers being charged with a crime. Black female prosecutors, who are small in number, were nine percent of all prosecutors who charged officers with a killing between 2013 and 2021.

Baltimore City’s States Attorney Marilyn Mosby came to national attention in 2015 when she prosecuted police officers in connection with the death of Freddie Gray who died as a result of injuries sustained while in custody. She didn’t win the case but many saw charging five officers as sending a needed and justified signal at a critical time, with thousands protesting police shootings and killings.

“Black women, prosecutors are disproportionately represented among those that actually end up charging police officers and convicting them. I think that speaks to the fact that who your local prosecutor is, could matter in terms of your likelihood of getting some sort of accountability after the police kill somebody,” said Mr. Sinyangwe. “It shows that a lot of prosecutors probably have that power, but are unwilling or unable to leverage that power to actually hold the police accountable in their jurisdictions.”

Black female prosecutors have also advocated for different approaches to public safety, including offering mental health services instead of sending officers to people in crisis. The Mapping Violence Report identified 104 people who were killed after police responded to reports of someone in mental or behavioral distress. In Eugene, Ore., the CAHOOTS program responds to 40 percent of mental health or disorderly persons calls citywide. In Denver, the STAR program responds to 29 percent of welfare check, disturbance, suicidal or intoxicated persons calls in designated neighborhoods.

“In Berkeley they had a very narrowly tailored policy focused on car equipment violations. It did seem to reduce (police) stops for equipment violations in the city, but because they had made that policy so narrow, the police just ended up continuing to stop a whole lot of people for moving violations, driving five miles over the speed limit,” said Mr. Sinyangwe.

“It points to the limitations of very narrow policies and the need for more far reaching change,” he said.