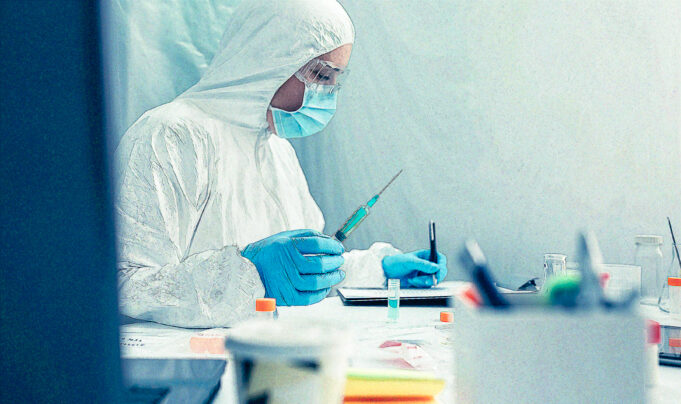 The Pfizer pharmaceutical company beat everyone to the punch by being the first Covid-19 vaccine to be granted Emergency Use Authorization by the FDA. There is an aggressive media and government campaign to “[push] blacks, Hispanics and Native Americans to the front of the [vaccine] line, ahead of whites.”

The Department of Veterans Affairs has apparently determined that these groups will be given priority for receiving the vaccine once it is available, despite the fact that 60 percent of the Covid-19 cases and 61 percent of the deaths among veterans are White (16 percent and 22 percent are Black, respectively).

But Black people have every reason to be profoundly suspicious of Pfizer as Pfizer has a history of doing horrendous medical experiments on Black people for profit. American drug companies routinely hop across borders in Africa, Asia, Eastern Europe and Latin America conducting risky drug experiments with little oversight. This is a legacy of the colonial view of “The Colony as Laboratory” for the Western powers.
Advertisement

Foreign drug trials in the Third World are cheaper, faster, and provide huge pools of human guinea pigs for experimentation with minimal red tape or regulation. In 2006 Rep. Tom Lantos of California, the senior Democrat on the International Relations committee, cited an unconscionable Pfizer case as an example of “large pharmaceutical companies, both here and in Europe … using these poor, illiterate and uniformed people as guinea pigs.”
>>FULL ARTICLE<<