Surviving the Valley of Death Farrakhan warns of genocidal plot against Black America, and calls for renewed effort to unite in a critical hour 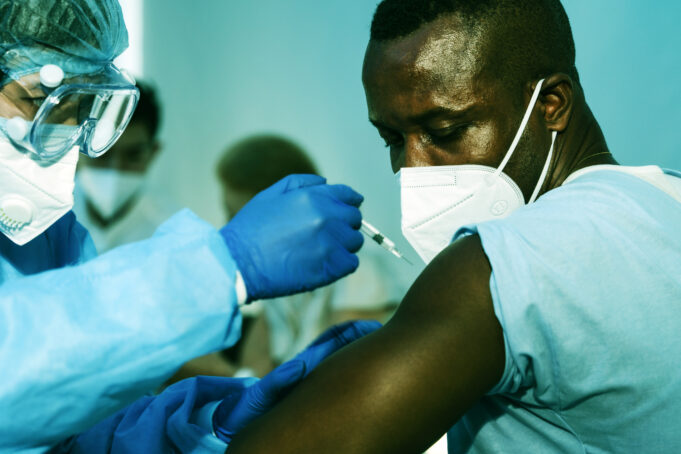 
The Honorable Minister Louis Farrakhan of the Nation of Islam was inspired as he spoke to a virtual summit that brought Black activists, thought leaders and scholars together in an effort to forge a strong and effective Black united front. But he called for awareness of the dangerous time in which Blacks live and the ongoing genocidal effort to destroy an entire people. 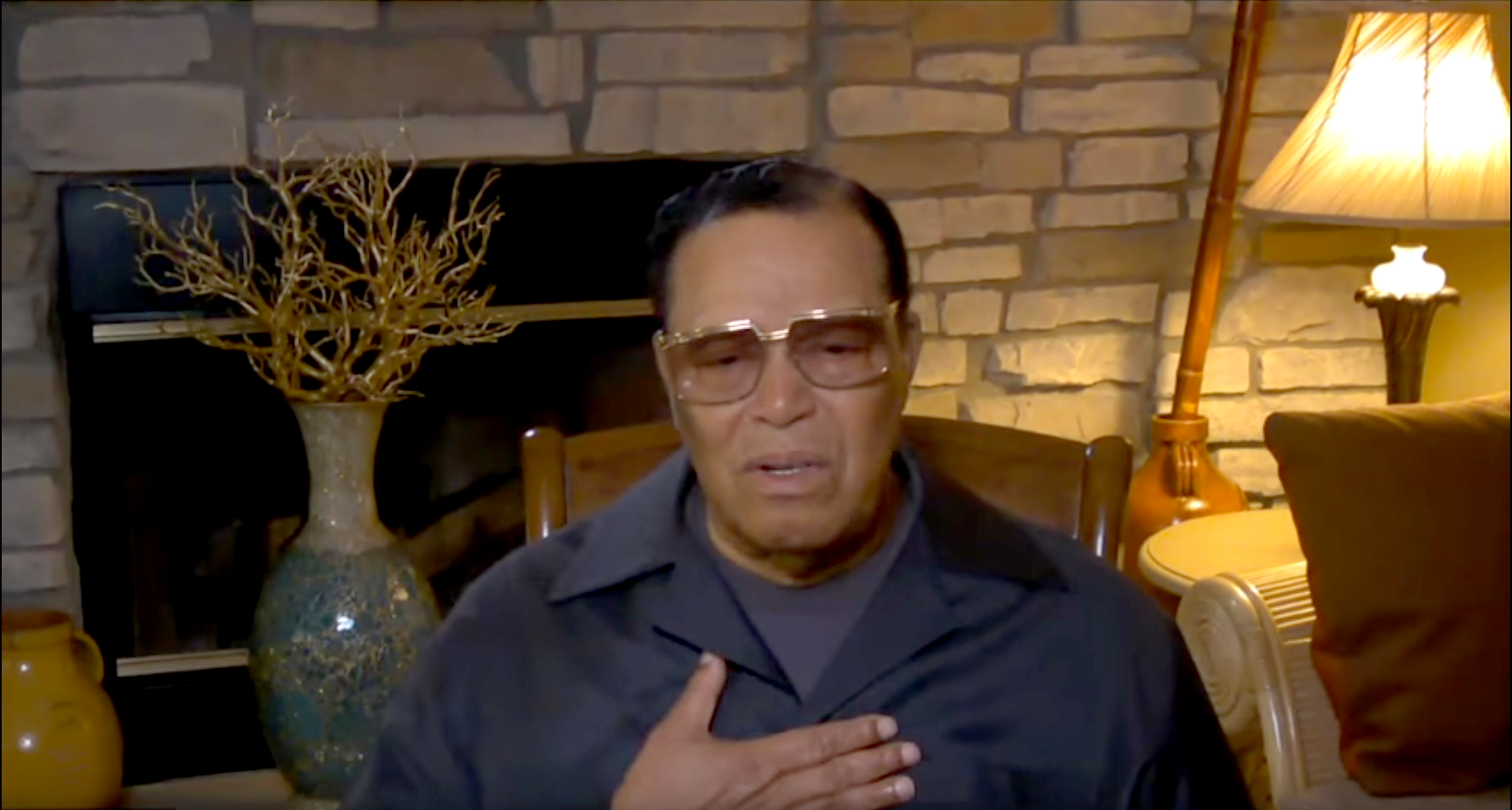 Organized by Sadiki Kambon of the Nubian Leadership Circle, the gathering closed Dec. 12 with an address by Min. Farrakhan and included the participation of scholar Cornel West, Dr. E. Faye Williams of the National Congress of Black Women, Dr. Ray Winbush of Morgan State University, legendary broadcaster and activist Bob Law and others. The theme of the online gathering was “Having The Will To Afrikan Nation Build!” The Nubian Leadership Circle is a nationwide alliance of Black leadership groups and organizations.

The Minister expressed great joy at the spirit, aim and content of the virtual conference and its potential good for Black people. But, he warned, there is another side to what is happening today—the anger, hatred and determination of Whites to destroy Black people, said Min. Farrakhan.

While stoking fear about the Covid-19 pandemic, the enemy wants Black people to take recently approved vaccines, but the former children of our slave masters can never be trusted, warned Min. Farrakhan.

“Now we have to survive because the Death Plan is in motion. What is the Death Plan? You say, ‘well Black folks are the most prone to the covid virus.’ Why is that? Because of the comorbidity conditions: diabetes, heart failure, obesity. Name all the comorbidity problems—we lead in that. But let me ask you this. How did we get in this condition?” he asked.

The worst food is sent to Blacks, shipped via zip code, and tainted drinking water is widespread, he said. 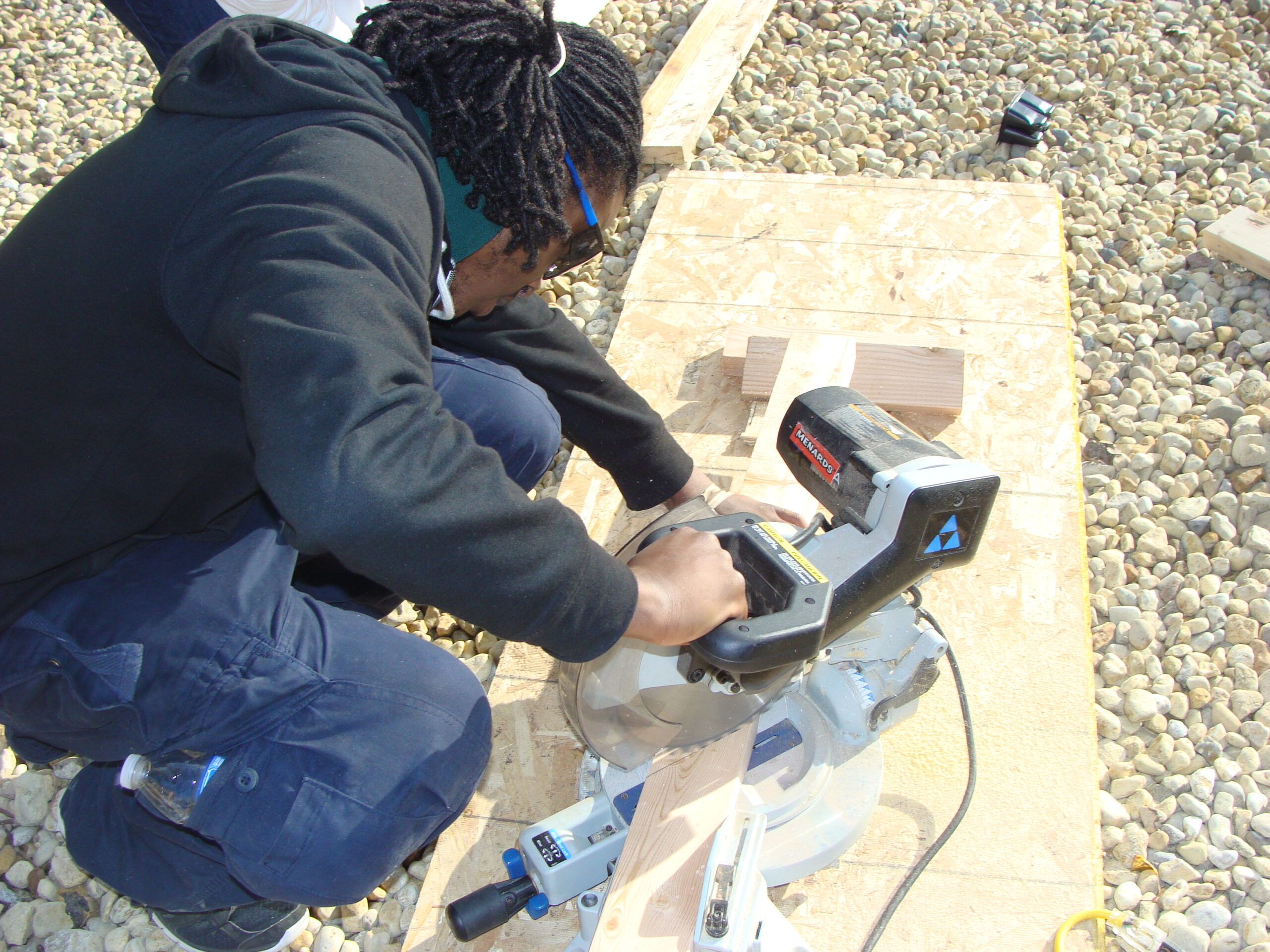 “The Honorable Elijah Muhammad told me that in the sun there are billions of vitamins that you can’t get in anything that is created except through the sun,” he continued. “And when the day of disease comes the vitamins rise up to defend us against disease. That’s why in the Caribbean they’re not worried about a pandemic down there.”

The death plot is extensive and includes not just the rushed vaccines but corporate misdeeds and readily available bad food. Residue from atomic weapons and placed in drums is leeching into oceans with the toxic waste poisoning food from the sea, said Min. Farrakhan.

“You trust so much your enemy. And you’re so fearful of a man that will tell you the truth,” Min. Farrakhan said.

He urged those involved in the summit to get to work quickly and to expand the gathering. No one group or leader has all of the answers but the unity of the whole of Black America is needed and the blueprint for success was seen in the historic 1995 Million Man March, Min. Farrakhan said.

“Beloved family all the wonderful things you talked about today we got to put it into practice; but we have to live. Those of you who are health professionals they want you to take the vaccine first. If the vaccine isn’t moving good enough, notice they’re talking about offering you money now. When has this devil ever offered you $1,000 or $1,500 to take a shot? They give you free shots of toxic waste. The same lead that’s in the water in Flint is in the water in Detroit, is in the water in Cleveland. It’s in the water in Chicago. You aren’t free. You are on a death watch. If you don’t understand it, you’re not going to be here to do all the wonderful things you talked about,” he said. 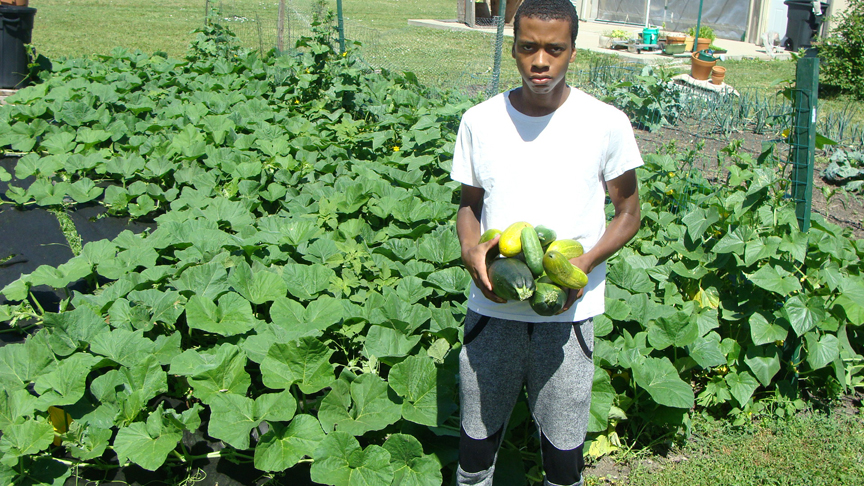 Don’t fear losing a job or being denied school because of refusal to take the Covid-19 vaccine, he continued. Do for yourself and create your own education system, which you have the expertise and knowledge to do, said the Minister.

He called for continuing to meet every three months and bringing the NAACP, which hosted the National African American Leadership Summit in the 1990s under executive director Ben Chavis, who was eventually ousted by the civil rights organization, and other groups to the table. NAALS drew a cross section of Black leaders, organizations and scholars together but Jewish groups worked to torpedo the effort by condemning and withholding funding from many Black groups involved because of the Minister’s participation.

But when Blacks came together absent White control, there was no stopping the Million Man March. Unity brought strength and needed information on Oct. 16, 1995 on the National Mall in Washington, D.C., even when leaders like the Rev. Jesse Jackson joined the effort late.

“Rev. Jackson was the only one when we had the Million Man March who spoke about what was going on in Congress with the criminal justice act where Mr. Biden was one of the principal architects of the Crime Bill. Remember that,” Min. Farrakhan said. And, the Minister added, a young organizer named Barack Obama was at the march. 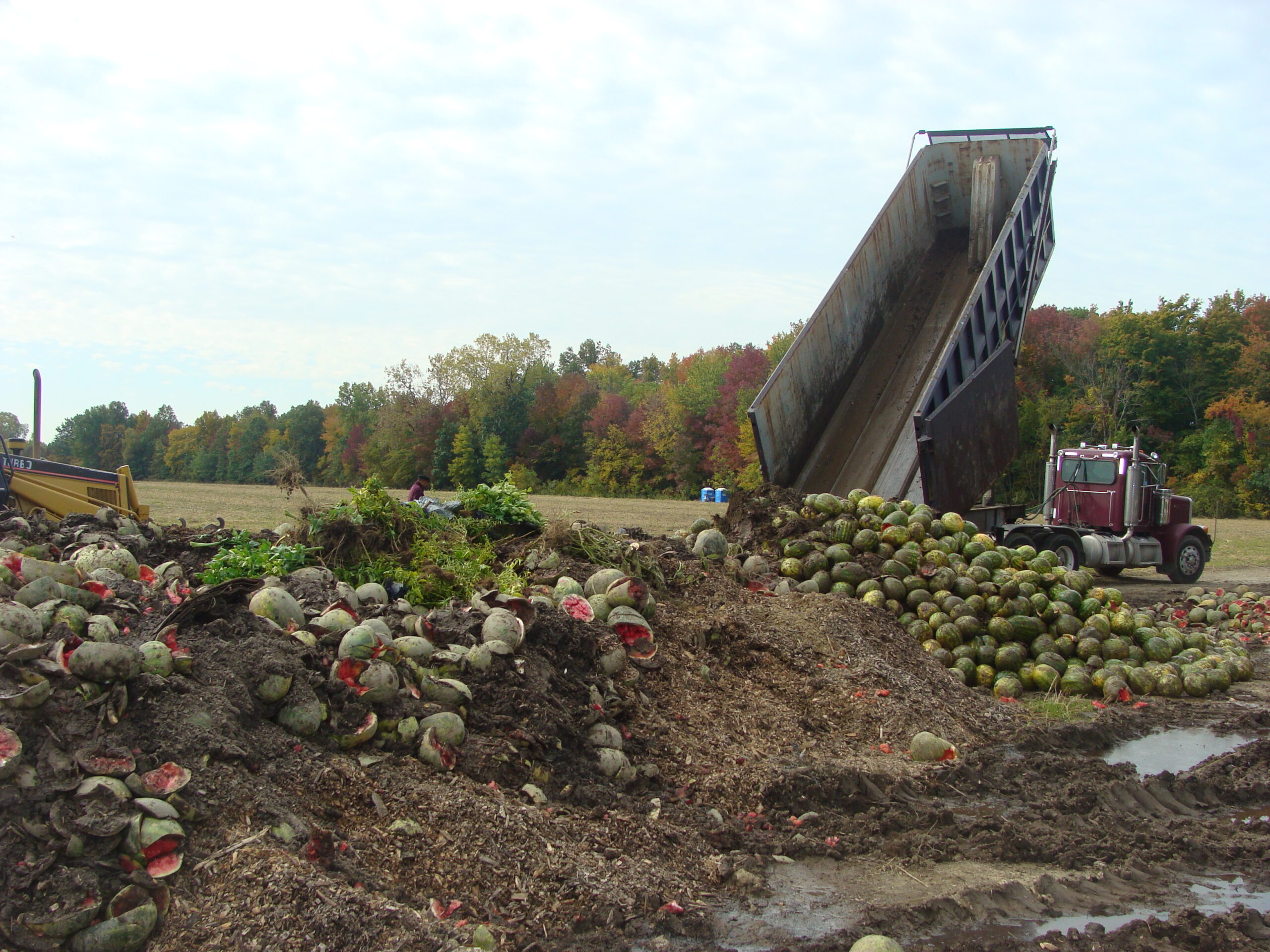 Mrs. Betty Shabazz, the wife of Brother Malcolm X, was there and spoke. Earlier that year, the Minister had blasted the federal government after Qubilah Shabazz, a daughter of Malcolm X and Dr. Shabazz, was accused in a murder plot in conjunction with Jewish government informant Michael Fitzpatrick. Mrs. Shabazz and the Minister came together in May 6, 1995 at the Apollo Theater in Harlem for what became a celebration of the government essentially dropping the case against Qubilah Shabazz and steps toward reconciliation.

“We stood together. White folks went crazy because they love it when you hate each other. They love to feed your beefs, not me. You don’t hear me talking about nobody who is Black that is talking against me. I don’t. I can take it if it’s coming from you. I know you’re only speaking because you don’t know and I accept that. You know when you love somebody and they do things that injure you what do you do? You love Jesus? You do? I do too. So, I live Jesus. When they hit me, you don’t see me hitting them back. I give you another cheek because in the end I’m going to win. I’m going to get you for the sake of God and the truth,” said Min. Farrakhan.

And, said Min. Farrakhan, “I’m free to go anywhere in the world because I’m supported by the Nation of Islam. I’ve sent others all over the world to conferences. I’ve helped other organizations that were dying with some of the money that these Believers that were on this program today give to me.”

The Nation is not a small group but all Black people in America who need to unite and serve as “a catalyst for the whole Black nation all over the earth to rise when we rise,” said the Minister.

He cautioned against too much faith in President-elect Joe Biden, though Mr. Biden may mean well. No single White man can deliver what is needed to change the condition of Black people, America is heavily divided and Blacks have never gotten what they deserve from the Democratic Party, said Min. Farrakhan.

Blacks rescued the Biden campaign, he said. “Our people wanted Mr. Trump out of there. I have never seen Black people talk about a White president like our people talked about Mr. Trump,” he said.

And, said Min. Farrakhan, “Kamala Harris is a heavyweight. Look at how White folks are thinking right now, ‘She’s a heartbeat away from being the first Black (female) president,’ if Mr. Biden dies while in office. So White folks are upset, that’s what I’m trying to tell you. They see our rise and we are witnessing their fall.”

“You can’t throw me away even if you want to. God isn’t going to let it happen,” added the Minister.

An aim for the Nubian Circle’s virtual gathering was to facilitate unity, build a “common base of operations” and develop a blueprint that individual organizations can use with collective support. The idea is to pool and create resources that will sustain the Black community from within and lessen reliance on outside support, explained Mr. Kambon.

Minister Farrakhan has sponsored training in soil production and urban farming. In his recent address, he encouraged leaders to mobilize and learn these techniques to unite and heal our communities.

Min. Farrakhan explained that the 1995 Million Man March showed how unity on a spiritual level can bring success.