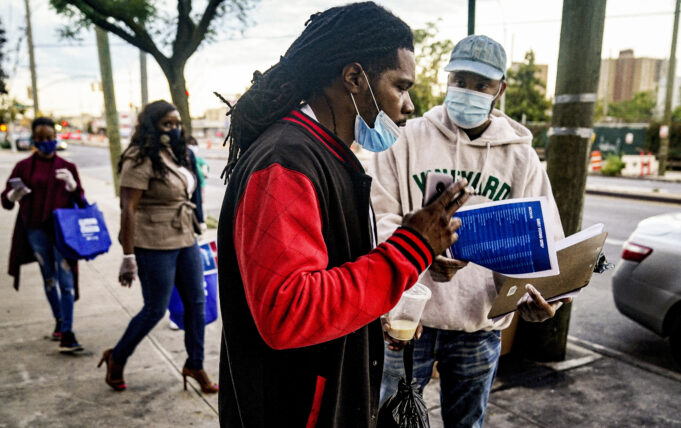 Attorney Keith White, right, a director of social justice initiatives at Christian Cultural Center, passes out information on voting as he canvasses the neighborhood with volunteers in the Brooklyn borough of New York, Friday, Sept. 18, 2020. White has been petitioning New York City elections officials to allow his predominantly Black church in Brooklyn to serve as a polling location. Whether or not that happens, the church will use its van and a charter bus to shuttle early voters between now and Election Day, he said. (AP Photo/Bebeto Matthews)


The decision about who will next occupy the White House is underway. The national election showed the United States is a highly polarized nation where Blacks are still left to figure out, where do we go from here? As America nears a quarter of the 21st century, the condition and requirements of Black life is relatively the same as previous election seasons. Social thinkers, analysts and observers agree Black self-determination is imperative moving forward. 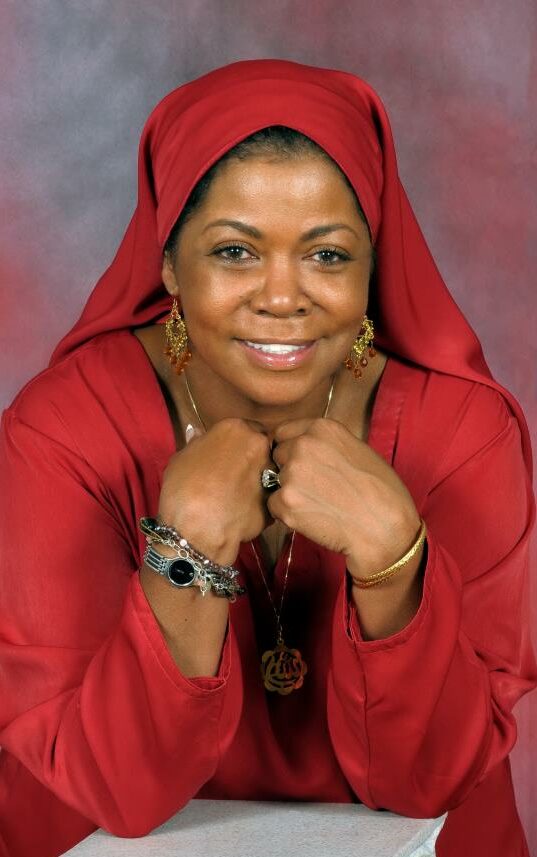 “I can only repeat that the Honorable Elijah Muhammad and His student and National Representative Minister Louis Farrakhan have implored us for a combination of 90 years to go for self,” said Student Minister Ava Muhammad, national spokesperson for Minister Farrakhan and the Nation of Islam .

In the lead-up to the elections, there were many articles, analysis, and polls predicting the high turn-out of Black voters as a demographic, particularly toward the Democratic Party.

However, political observers note there are no indicators Black people will be the recipients of promises and policies that reflect their objective needs. Black people have been the most solid and loyal constituency of the Democratic Party and there were efforts by GOP surrogates and Black conservatives to attract Blacks to the Republicans.
Advertisement

Black people at the end of this particular election may be able to see more clearly both Donald Trump and Joe Biden were really a “distinction without a difference,” said Student Minister Muhammad who is also an attorney by profession.
>>FULL ARTICLE<<