THE CRITERION: A DIVINE WARNING A Message To Humanity: A Pestilence From Heaven, What Has Now Come To Pass? 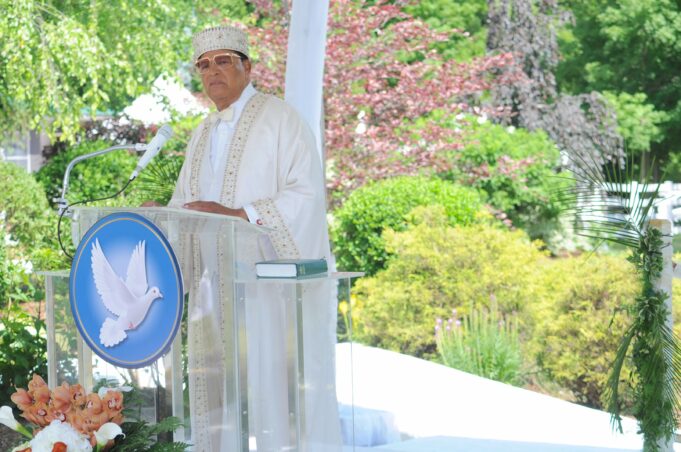 One year ago, on July 4, 2020, “From The Garden,” the Honorable Minister Louis Farrakhan, delivered a divine Message of guidance and instructions to humanity. He addressed the global coronavirus pandemic and warned against taking the deadly Covid -19 vaccines, that were being manufactured in U.S. Pharmaceutical biotech labs.

He further addressed the United States president, global, political and religious leaders, the world community, and Black and Indigenous people in America about “A Pestilence from Heaven” and Allah (God’s) judgment, during his address, entitled “The Criterion.” Let us recall some of these prophetic warnings and guidance.

“I want to tell you right up front you will not conquer this virus, because it didn’t come from Wuhan. It did not come from Fort Detrick in Maryland, because if you had made it, you would know how to handle what you made.”

“We will not accept your vaccine because we are not accepting death.” 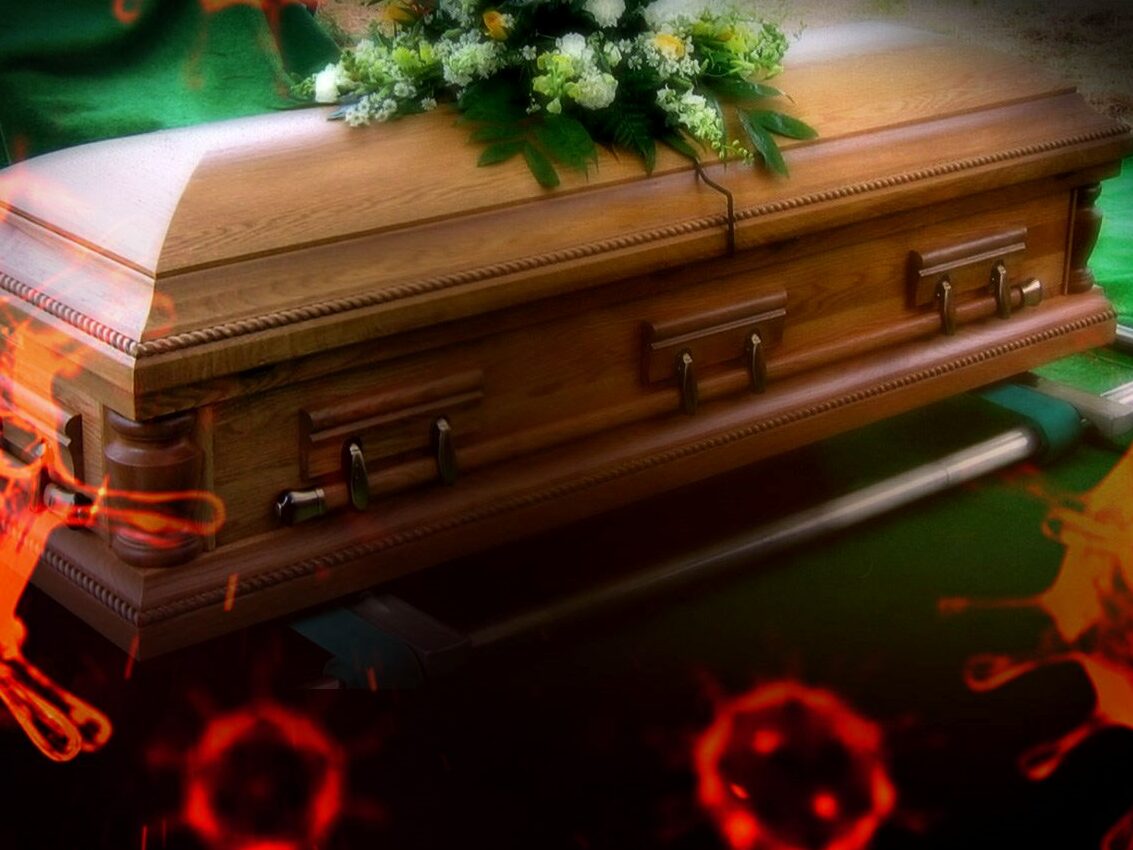 “… if they come up with a vaccine, be careful. Don’t let them vaccinate you, with their history of treachery through vaccines, through medication . … I say to the African presidents, do not take their medications!”

A year later, Minister Farrakhan’s prophetic revelations, on that day, have now come to pass, proving that he was given a “Message from on High,” to deliver by Allah (God).

“We are living in the Fullness of Time. So, when the Honorable Minister Louis Farrakhan speaks a thing, it happens in a few months rather than in a few decades, as we see with the Covid-19 vaccines,” Minister Ava Muhammad, Student National Spokesperson for Minister Farrakhan, told The Final Call.

“Minister Farrakhan is what the Honorable Elijah Muhammad declared him to be: A star that has no equal. That would be the Sun,” she said. “When you see and hear him, his voice and the truth he delivers is Sunlight: it has weight; it puts pressure on anything it touches.

When we follow his guidance, we are in the light. When we don’t, we are in the dark. We cannot prove his power is from any other source except Allah and His Christ. His view is an aerial view, because he is Divinely Guided,” continued Minister Ava Muhammad. 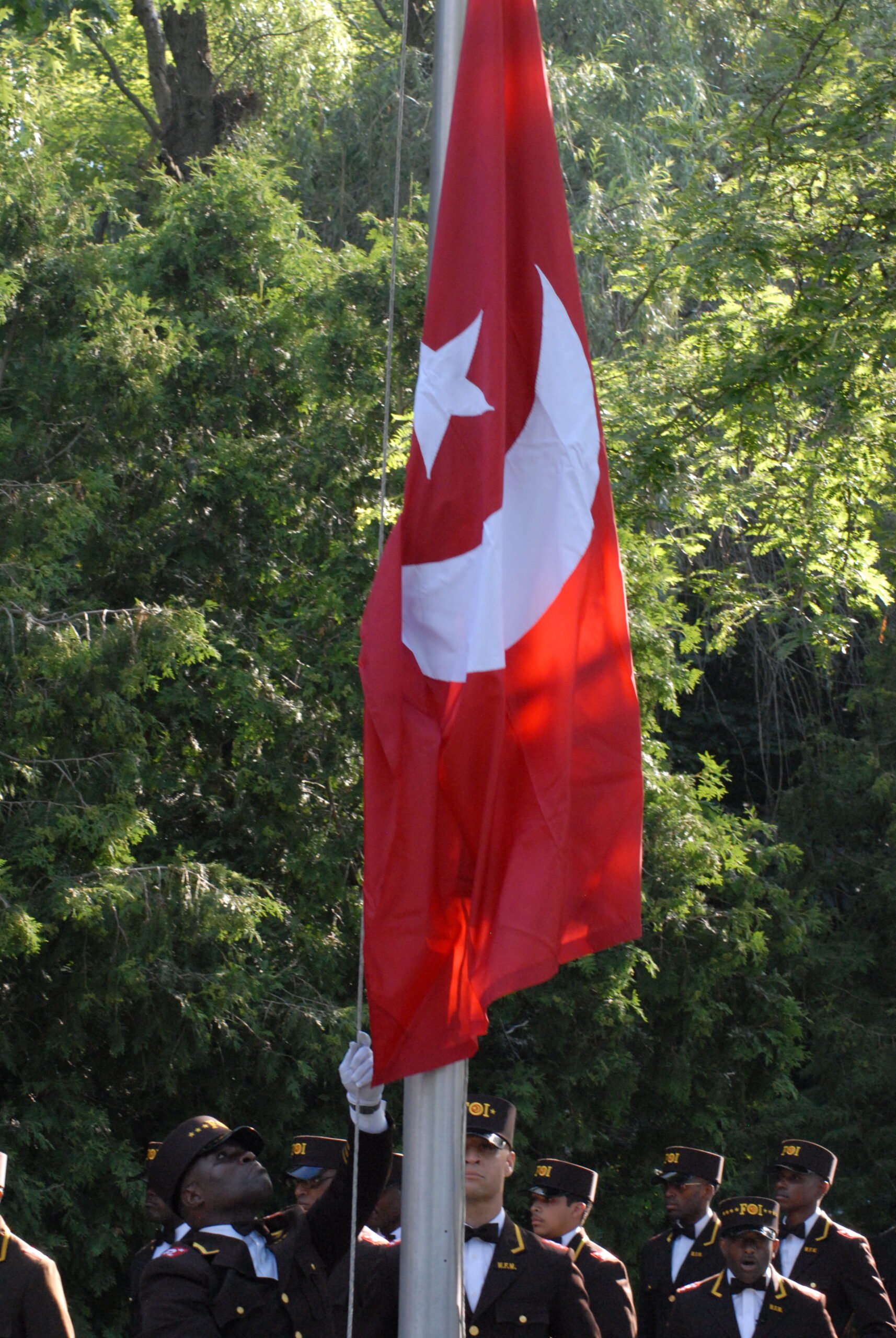 Minister Farrakhan was moved to speak after being troubled by the passing of his great helper and companion, Abdul Hafeez Muhammad, Eastern Region Representative of the Nation of Islam.

“… His passing affected me like no other. It affected me like that because God wanted me to stop and think because there was a message, He wanted to give me that He wanted me to give to you,” said Minister Farrakhan, before his pure, undeniably clear, mind-piercing, exegesis of America’s chastisement being revealed through the unseen virus:

Minister Farrakhan then revealed why Allah (God) sent “A pestilence from Heaven” upon the inhabitants of the Earth:

Minister Farrakhan continued “… but the reason for the pestilence is forging a lie against Allah.” Quoting the Holy Qur’an, “But those who were unjust among them changed it for a word other than that which they were told. So, We sent upon them a pestilence from heaven for their wrongdoing.” [Holy Qur’an 7:162]

So, he warned and directed us from Scripture, “Go into your chambers. Hide yourself. For behold, the Lord cometh out of his place to punish the inhabitants of the earth for their iniquity. The earth also shall disclose her blood, and shall no more cover her slain.” [Bible Isaiah 26:21] … God is coming out for the inhabitants, not of America, not of Africa, but of the whole earth. What are you coming out for God?

He was given his July 4 assignment, during the coronavirus lockdown, during the Muslim’s Holy Month of Ramadan, he revealed.

“… if you bring the vaccine and say you’re going to bring your army to force us to take it, once you try to force us, that’s a declaration of war on all of us. You only have this one life. Fight like hell to keep it and fight like hell to destroy those whose heart and mind is to destroy you and take your life from you,” Minister Farrakhan warned.

What has now come to pass, proving the truth of Minister Farrakhan’s warnings and guidance on July 4, 2020?

After his message, the U.S. intensified its vaccinating campaign using threats and persuasion, offering lottery tickets and trinkets like doughnuts, popcorn, steak dinners, days off work, cash rewards, and free marijuana/cannabis. Regardless to these efforts, they have not achieved their wicked desire to mass vaccinate the Black community. 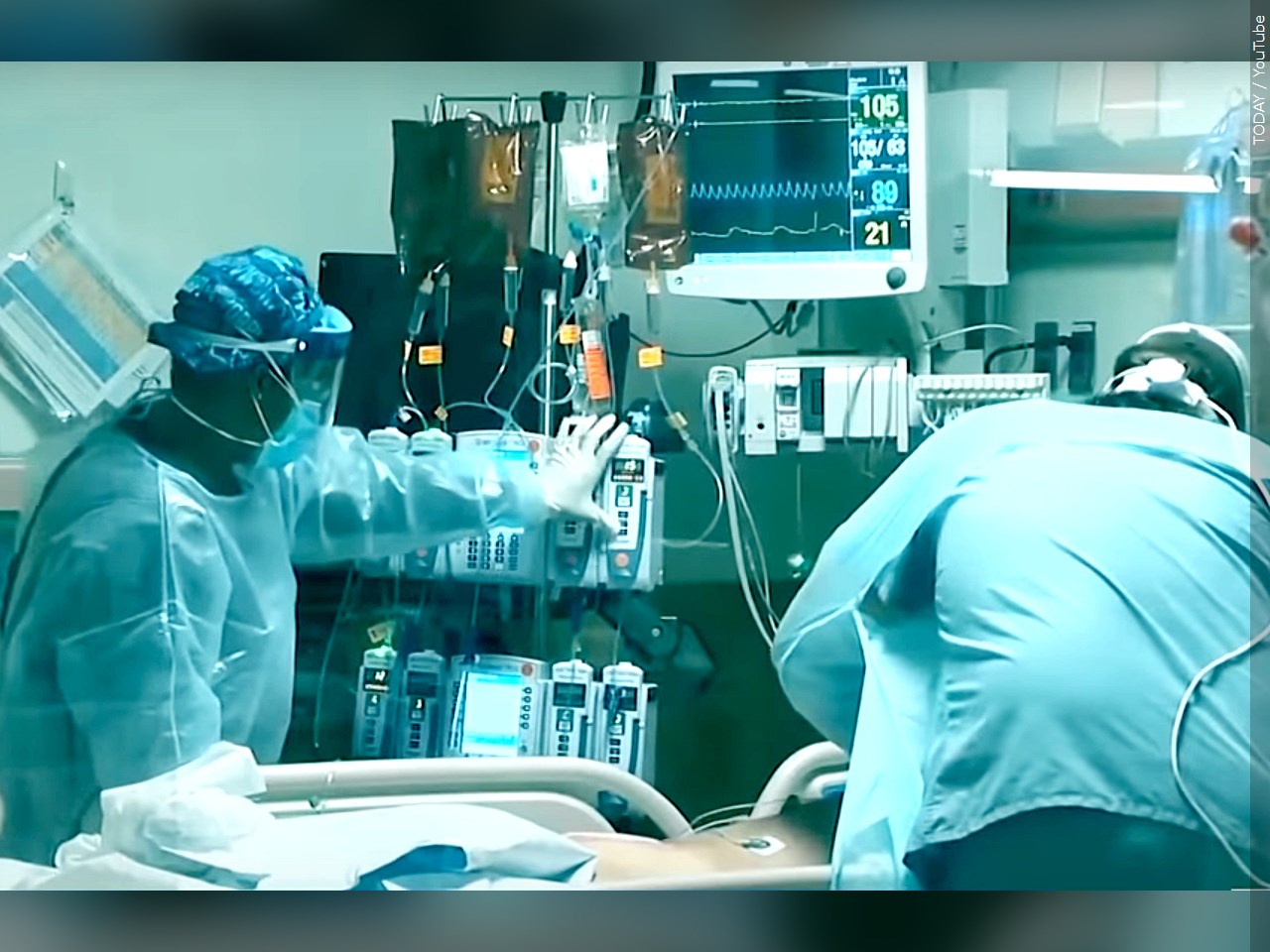 “Clearly a huge segment of the Black population is saying no to the vaccine, otherwise you would not see this massive campaign to lure us into allowing ourselves to be injected with death. Just the other day a major morning news program bemoaned the fact that only 15 percent of the global population has been vaccinated. So yes, many of us here, in Africa and all over the Earth, have listened,” stated Minister Ava Muhammad.

In less than six months from the Minister’s message, the U.S. deployed one vaccine (Johnson and Johnson) and two biotechnology gene therapies (Pfizer and Moderna). The shocking results are nearly 7,000 deaths and 411,931 adverse events (injuries) reported.

“So now, a year after ‘The Criterion,’ it is a matter of record that the vaccines are killing people; causing hospitalizations, urgent care visits, miscarriages, heart attacks, blood-clotting and more,” Minister Ava Muhammad told The Final Call.

“As we published in last week’s Final Call Newspaper, Dr. Robert Malone, the man who invented the mRNA technology at the core of the Pfizer and Moderna products is publicly denouncing the entire Covid-19 vaccination program as a human guinea pig experiment that bypassed safety protocols. He is alarmed at the blatant censorship of public discussion and coercion of people to participate in this medical experimentation,” she said.

Dr. Malone has been warning that data now suggests that certain toxic (poisonous) chemical ingredients of the “vaccines” roam freely in the body and they seem to accumulate in the ovaries of the woman and the testes of the man, read the article, “Warning To America: mRNA Vaccine Inventor Says COVID19 Vaccine ‘Not Worth The Risk!’” by the Nation of Islam Research Team.

“Women who get the COVID “vaccine” within the first 20 weeks of pregnancy are seeing a miscarriage rate of 82%! The normal rate is 10%. Equally alarming, a study shows that boys and men between the ages of 16 and 24 who have been vaccinated have 25 times the rate of myocarditis (heart inflammation) than normal,” continued the article, dated June 29.

“They are making money now, plotting to give 7.5 billion people a vaccination: [Dr. Anthony Fauci], Bill and Melinda Gates, you want to depopulate the Earth?

“What the hell gives you that right? Who are you to sit down with your billions and talk about who can live and who should die? That is why your world is coming to an end quickly—because you have sentenced billions to death. But God is now sentencing you to the death that you are sentencing to others. … .,” stated Minister Farrakhan.

Minister Ava Muhammad highlighted in a May 11 Final Call article, “Former Pfizer Chief Scientist: Mass Depopulation A Logical Outcome of Global Vaccination Campaign,” an interview in which Dr. Michael Yeadon expressed his deep concern over “unknown and unnecessary gene sequences injected into the arms of potentially billions of people for no reason. I’m very worried that pathway will be used for mass depopulation, because I cannot think of any benign explanation.”

“Do you know your enemy,” questioned Minister Farrakhan, during a virtual meeting of the Nubian Leadership Circle, convened by Sadiki Kambon on December 12, 2020.

“Now we have to survive because the Death Plan is in motion. What is the Death Plan? You say, ‘well Black folks are the most prone to the covid virus.’ Why is that? Because of the comorbidity conditions: diabetes, heart failure, obesity. Name all the comorbidity problems—we lead in that,” Minister Farrakhan told the Black thought leaders gathered to discuss unity in serving the needs of Black people across the country abroad.

But that’s because of Satan’s poisoning the food and water of Black people among other things, Minister Farrakhan explained. “… You are already on death row and don’t even know it. So now you’re a perfect host for the Covid virus,” he said during the Dec. 12 virtual summit.

During “The Criterion,” The Minister also called for an end to the Cuban embargo to allow Cuban treatments and doctors to get involved in saving U.S. lives. He added:

“I asked God to bring down the virus heavily on Florida because 90 miles from Florida our Cuban family, when the plague broke out in Wuhan, they went to Hubei province in Wuhan and with the Chinese they corrected it and drove it out of Wuhan. Don’t we need something that Cuba has? But you have an embargo on Cuba. …”

Meanwhile, Cuba was successfully treating people with the virus at home and in China. A comparative analysis by the Nation of Islam Research Team of the deaths per 100,000 population between the U.S. and eight other so-call Third World countries found that the United States has registered 181 deaths per 100,000.

The prelude to “The Criterion” was “The Unraveling of a Great Nation,” his February 23, 2020 Saviours’ Day address in Detroit. The Minister stated:

“You see the country cascading downward. You see the moral fiber of America getting into the gutter . … Satan is having a field day with America. Evil has been made fair seeming … The world is looking at a country going to hell,” stated Minister Farrakhan in his Feb. 23 address from the TCF center in Detroit.

In less than one month, The Minister’s Feb. 23 warning came to pass, and she began to unravel:
The stock market crashed;
Covid-19 virus shut down major and minor league sports, schools, colleges, businesses and entertainment, throughout the United States.
States declared a state of emergency and at least 114,000 public and private schools were closed; and,
A record 3.3 million workers applied for unemployment claims, a jump from 282,000 claims made a few short days before.

“There are layers of knowledge, wisdom and direct revelation in ‘The Criterion.’ Beyond the oft-repeated directive, ‘Don’t take their vaccines,’ is the fact that our view of the Messenger determines how we respond to the Message. Minister Farrakhan stated,‘I can say that I have been faithful.

I can say I’ve taught His (Honorable Elijah Muhammad’s) Teaching all over the world. I’ve expanded His Teaching because I’ve been given insight into His Teaching.’ How many human beings on this planet can say that, especially when you consider the trials and tribulations this man has experienced for 7 decades?” Minister Ava Muhammad asked The Final Call.

“When he said don’t take the vaccines they were still in development, they had not been deployed. He was being used by Allah (God) to take that position. He did not require backup from the scientists of this world, most of whom belong to Big Pharma,” she continued.

Minister Ava concluded: “But if, on July 4, 2020, you could see the man in the context of what he said about his faithfulness and insight into the Teachings of the Honorable Elijah Muhammad, you could obey the directive and be secure in your refusal to take a Covid-19 vaccine.”