We Can’t Trust You: Experimentation, Exploitation and the Hidden History of American Medical Abuses
By The Final Call
- September 22, 2020 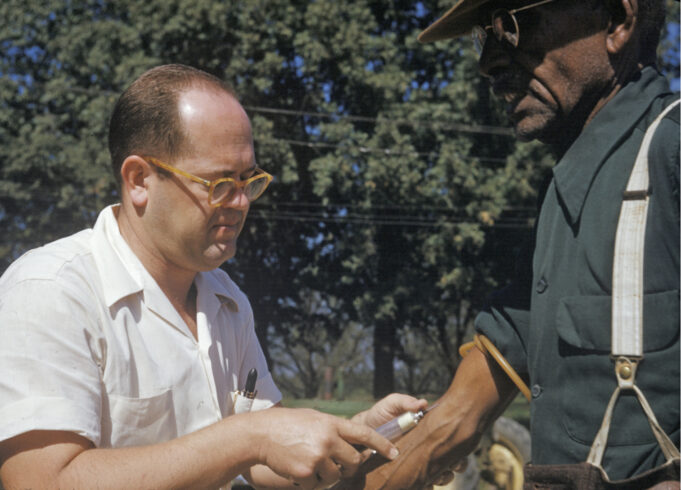 In this 1950's photo released by the National Archives, a black man included in a syphilis study has blood drawn by a doctor in Tuskegee, Ala. For 40 years starting in 1932, medical workers in the segregated South withheld treatment for unsuspecting men infected with a sexually transmitted disease simply so doctors could track the ravages of the horrid illness and dissect their bodies afterward. Finally exposed in 1972, the study ended and the men sued, resulting in a $9 million settlement. (National Archives via AP)

Emphatically no, Walt Boarderly, an entrepreneur and Philadelphia business owner, replied when asked if he would take the Covid-19 vaccine. Mr. Boaderly isn’t anti-vaccine, saying he will take the flu shot. “There is just too much uncertainty when it comes to this new vaccine,” he said. 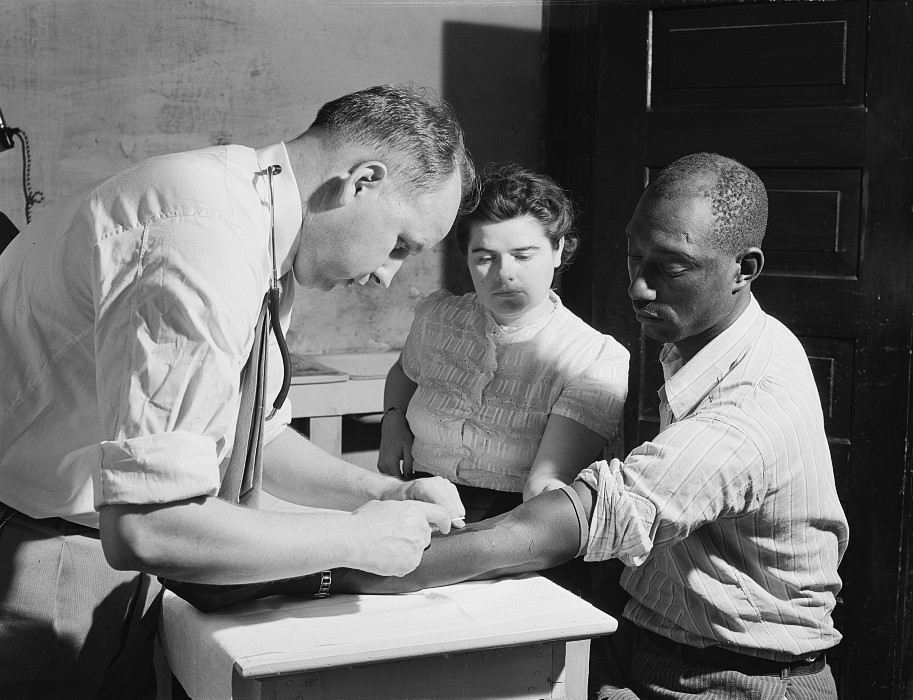 A man at the V.D. clinic in Union Point, Green County, Georgia, 1941.
Photo: Library of Congress

Blacks do not trust President Trump’s Covid-19 vaccine push, and there is plenty of reason to be distrustful. Black people have been the victims of medical experiment, exploitation and abuses by their White enslavers and White doctors from the time the good ship Jesus hit America’s shores. These medical researchers have been like a pack of crazed dogs chasing their helpless prey.