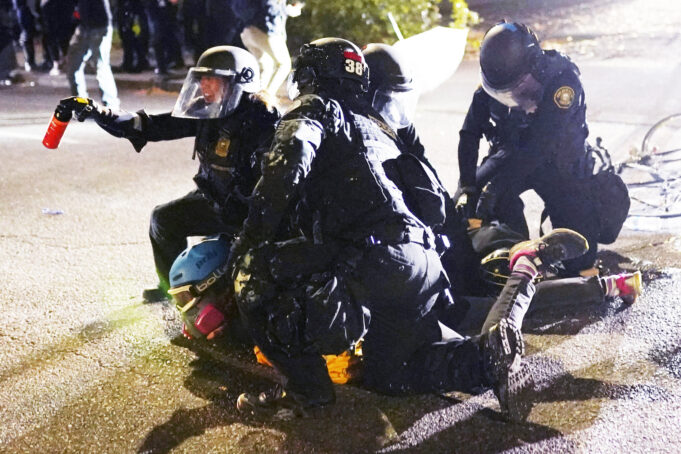 Portland police officers make an arrest while dispersing protesters in front of the Multnomah County Sheriff's Office early in the morning on Saturday, Aug. 8, 2020 in Portland, Ore. (AP Photo/Nathan Howard)


America loves to operate as the world’s moral police, but now, the world is watching her.
Policemen arresting a wanted criminal outdoors

At least, according to a recent report by Amnesty International, titled, “USA: The World is Watching: Mass Violations by U.S. Police of Black Lives Matter Protesters’ Rights.”

Following the killing of George Floyd, the human rights organization documented what it reports as “serious human rights concerns in relation to the use of excessive force,” citing 125 separate incidents of police violence against protesters in 40 states and the District of Columbia.
>>CLICK HERE TO READ MORE<<