DECEIVING, DEFAMING, DESTROYING: The Jewish onslaught against Blacks as part of campaign to destroy Farrakhan


The Jewish assault on entertainer Nick Cannon and efforts to bludgeon him into submission were the latest moves in a long history of anti-Black bullying and coercion by Jews obsessed with the destruction of Nation of Islam Minister Louis Farrakhan—no matter the cost or the collateral damage. 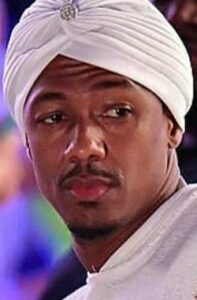 “The Masked Singer” television show host, who has also been active in demands for Black justice, was targeted after an interview with Professor Griff of Public Enemy was made public. In the interview, which has been removed from the internet, Mr. Cannon talks about how the experience or harsh life in the caves of Europe deprived Caucasians of melanin, which causes dark skin pigmentation, and created a less compassionate, more aggressive being, which ravaged the globe—especially the darker peoples of the earth.