The Psychological Dimensions of Plantation Politics 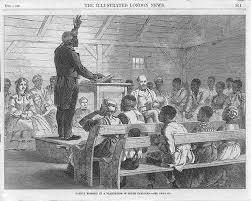 Here's a secret the white establishment will never tell you in the public: So-called American Negroes who attack and disparage their own, in order to seek social, political or economic favor, are regarded as nothing more than tools to be wielded by their handlers. By default, Blacks who eagerly disgrace themselves, out of hunger for a perceived benefit by doing so, have automatically disqualified themselves from such benefits, both morally and ethically.
Not only because they have sold their souls for so cheap a price, but also because power does not respect what it bends, Black public figures claiming leadership, at the expense of truth, will never be respected by those to whom they have submitted and compromised their principles.
In light of this reality, it doesn’t take much of an imagination to understand the competitive nature of human beings when faced with scarcity. When access to the mechanisms for survival or prosperity are at stake, and cynically regulated by external forces, the once proud and principled may now find themselves reduced to the status of a beggar, and the once faithful public servant, pimped out like a political prostitute, will ultimately find himself with neither friend nor helper.
With that said, part of white elite’s centuries’ long war on Black self-determination, Black liberation, and indeed Black personhood, has been a deliberate effort to create the non-threatening and defeated Black male image as a balm to placate white fears and insecurities. Today, modernity’s "approved" image of the Black man, particularly in America, continues to be that of the docile, obedient and emasculated caricature of a faithful retainer and/or longsuffering plantation loyalist or that of the overly eager partisan and mouthpiece for the Liberal or Conservative paradigm.
Such unrealistic, “Gone With the Wind,” interpretations of Black personhood, or apologetics for bicameral politics for that matter, are not only an insult to the memory of our enslaved ancestors, but they also constitute an assault upon the legacy of the Black struggle in the United States.
Should those who endured the terror of lynching, the humiliation of economic exploitation and the intentional undermining of Black progress now become deferential to the white liberal, as they once were to the white conservative?  Emphatically no!
Although the end of Black enslavement allegedly came with the December 6, 1865 ratification of the 13th Amendment to the US Constitution, 151 years later, among both the Jews and the Gentiles of the white elite, a mentality of proprietorship still exists regarding the lives of Black people in America. While this is perhaps understandable, that the white elite prefer to not lose the power they have gained as masters over the land they once conquered, what is indeed unfortunate is the eager willingness of some in Black leadership to collaborate as plantation politicians.


Trauma and the of conditioning Black leaders 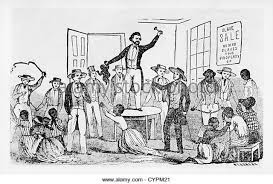 Defined as a noun, trauma means: “a deeply distressing or disturbing experience.” Within this context, many examples of extreme trauma against Black Americans have been officially documented by historians and/or passed on as oral histories among Black families. As a society’s culture is subsequently shaped by geographic, social and psychological factors, the behaviors and interactions of a people among themselves and others is likewise influenced by the same.
Taking into account the 300 plus years history related to coercive motivation, or motivation by fear, on plantations, underground mines, and the slave breeding-farms of pre-Civil War America, life for millions of enslaved Black men, women and children was to toil under the systematic horrors of violence and terror on a daily basis. An environment where Blacks were legislatively reduced to the status of beasts of the field, the lash, sexual violence and the destruction of the family unit were all used as tools for control. Particularly in the wake of the Haitian Revolution between 1791 and 1804, that gave birth to the world’s first Black republic, the means and methods of suppressing Black resistance to white rule, throughout the Western Hemisphere in general, became more creative, brutal and oppressive. Defining in its wake the nature of relations between Black and white people in Western culture for generations to come, the concept of a Black man saying "no," became an inconceivable affront to white supremacy.
For enslaved Blacks in the United States, since at least 1555, the new social contract demanded absolute obedience, recognition of the “inherent superiority of whites,” or death and other punitive measures as the consequence for refusing to comply. On the other hand, for Whites, the rule was for Blacks to obey them without question and to recognize the inherent inferiority of their “less than fully human chattel,” who had no legal rights or protections beyond that of being the property of white slave owners until 1865.
Twelve years after the American Civil War, the Compromise of February 26, 1877, which ended the deadlock between Samuel J. Tilden and Rutherford B. Hayes in the disputed 1876 elections for the US presidency, federal troops occupying southern states were removed and the protections previously afforded the formerly enslaved Black populations were withdrawn. Opening the doors to a second wave of terrorism, rape, lynching and murder, Blacks were driven from political office, imprisoned in large numbers and returned to the plantations as share-croppers relegated to peonage by racism and heavily weighted state’s rights legislation.
As the 19th century gave way to the 20th century, the psychology of fear continued to afflict America’s Black populace as many fled north and west seeking refuge. Only to find the cruelty of the white Southerner replaced by the exploitation and deception of the white Northerner, a new social contract of go-along-to-get-along politics and non-economic liberalism, advocated by philanthropic whites and others benefiting from excessive Black consumerism, began to dismantle the concept of industry, entrepreneurship, land ownership and the idea of nationhood among the Black masses. 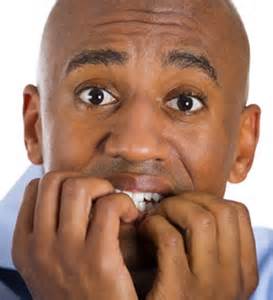 Today, like in slavery and Jim Crow yesterday, strong and unapologetic Black leadership is once again feared, condemned and dismissed, and like the house Negro seeking to secure a more comfortable position within the established order, or Judas and his 30 pieces of silver, there is no depth to which the plantation politician will not stoop to seek nearness, favor, and recognition by his modern handlers. Instead of hoping for a good master to inherit the plantation, or lamenting over the bad master who did, Black leadership must now recognize that the day of nation building has arrived and that the era of plantation politics has ended. It's time to do for self, build for self and govern self. After all, such is the responsibility of any free and independent people.