An Example of Youth, Activism and Voices of the Fearless 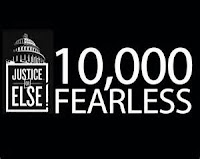 In line with the proverbial raindrop causing the dam to burst, the August 9, 2014 killing of Michael Brown Jr, in Ferguson, Missouri, both preceded and followed by several unarmed Black men and women being shot down in the streets by American law enforcement, has awakened yet another generation of young people to consciousness, activism and an uncompromising drive to see real change.
Throughout American history, every generation, since the days of chattel enslavement, through the Civil Rights and Black Power Eras, has experienced a series of injustices that not only increased dissatisfaction over the slowness of the redress of grievances, but also toward those, who in too many cases were coopted out of fear, limited options or movement fatigue. Compromising with their oppressors, who in time bought their silence, older generations failed younger generations by resting upon their laurels and buying into a system that at its root would never countenance an empowered, self-respecting and independent Black populace.
Understanding the science of euphemisms and hyperbole in language, as the post-Civil Rights Era of the late 1970s gave way to the reemergence of Black consciousness through Hip-Hop and Rap music in the mid-1980s and early 1990s, regarding Black America, the rhetoric of the political Right continued to exhibit indifference, if not hostility, while the Left practiced a feigned friendship promoting an “illusion of inclusion,” lulling many, particularly in the Black middle class, into a non-productive slumber.
Nevertheless, on both college campuses and on the streets, the rise of Black youth into a pro-Black mindset, while simultaneously facing the derailing effects of the crack cocaine epidemic, justified America’s political Left and Right in labeling and attempting to manage the destiny of Black America.  Warranted as necessary not only by the demographic shifts leading to Black majority cities, as predicted in the 1968 Kerner Commission report, but also in the name of the War on Drugs, as called for by the Nixon administration shortly thereafter, an undeclared “war on Black youth” initiated code phrases by the 1980s such as “unqualified Affirmative-Action recipients,” “welfare queens,” “gang members” and “super predators.” Unleashing a full spectrum assault on the personhood of the descendants of African slaves in the United States, the policies that followed targeted not only unemployed Black men and single Black mothers, but also Black students, Black professionals and even Black children. 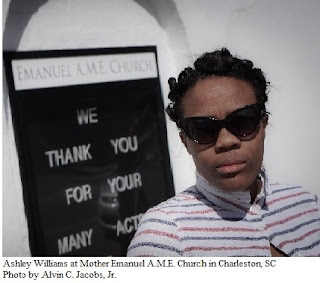 On February, 24, 2016, during a closed door presidential campaign fundraiser for Hillary Clinton in Charleston, South Carolina, student activist, Ashley Williams, 23, a graduate student from the University of North Carolina Charlotte, and member of the Black Lives Matter movement, publicly pressed Mrs. Clinton for an explanation over her labeling Black youth as violent predators that must be controlled.
Criticizing a 1996 speech in which the then First Lady of the United States, Hillary Clinton, said Black youth were “not just gangs of kids anymore, they are often the kinds of kids that are called super predators, no conscious, no empathy; we can talk about why they ended up that way, but first we have to bring them to heel,” was a statement and position that gave great insight into the two-faced nature of those claiming friendship and alliance with the Black community.
An advocate for the Democrat sponsored Violent Crime Control and Law Enforcement Act of 1994, originally written by Sen. Joe Biden (D) Maryland, sponsored by Rep. Jack Brooks (D) Texas, and  signed into law by the president, Mrs. Clinton’s enthusiastic support for a law that led to the elimination of inmate education programs, expanded the definition and likelihood of felony indictments and convictions for lesser crimes, which led to the mass incarceration of primarily Black youth, and ushered in mandatory minimum sentencing guidelines taking away judicial discretion, was not only a cynical attack upon an entire community, but also a cruel piece of legislation that handicapped an entire generation. In addition to aiding the implementation of the three strikes provision, which led to mandatory life sentences, regardless of the severity of an offense, the climate of unemployment, poverty and underground economies, coupled with Hollywood images of the “savage Black male,” this position of the white establishment fed the narrative that both Democrats and Republicans exploited to further marginalize and dismiss Black communities across the country.
After 22 years from the passage of the Crime Bill, the criminalization of the Black youth image, and the militarization of American police forces, young people are neither satisfied with the “wait on Jesus” programs preached by those sent to pacify their dissatisfaction, nor with the crumbs offered by philanthropic organizations claiming to serve their needs and the promises of political leaders who have failed an entire generation.  Furthermore, the new crop of young Black leadership emerging in opposition to the business as usual paradigm that has defined their reality for the last 20 years, comes not from an attempt to indoctrinate their thinking through the social, educational and guided cultural norms of public and private policy, but in spite of them.
“I think my family environment was inconsistent with who I know myself to be right now,” said Ashley Williams, who grew up in Fayetteville, NC, the daughter of two retired US Army soldiers from nearby Ft. Bragg. “Growing up in Fayetteville and growing up here in Charlotte, I have seen the effects of mass incarceration, I’ve seen the effects of white supremacist academies trying to control what people think and who people know themselves to be, she said in a recent telephone interview.
Regarding her nationally televised exchange with Hillary Clinton, Ms. Williams said that her motivation to do so, which forced the Democratic frontrunner to acknowledge publically an affront to Black youth and to subsequently backtrack her statement regarding their plight, was based not only upon Williams’ desire to give voice to the voiceless, but also to address the deafening silence among the established Black leadership class who gave Mrs. Clinton their unqualified backing during the South Carolina primaries.
“At some point, I said, alright, what can I do? But when I knew there was an opportunity for us to be successful, that’s when I said, alright, let’s try it. Ms. Williams said. “We did not know if we were going to be arrested, we were not sure if we would even get the video out, (but) we had a plan and stuck to it. We didn’t deviate and we went hard, we felt good about what we were doing and I think the best half of it (is) when you believe you’re there for the right reason,” she said. “I wanted an apology to Black people, and I believe we had every right to demand that.”
As the 2016 Presidential Elections approach, a new generation of young and fearless Black leadership is rising across the country and demanding real change. These young men and women, rejecting tokenism, promises of nearness to power and the emptiness of go-along-to-get-along capitulation, are leading the way. Through the pincer of both the Black Lives Matter and the Justice or Else Movements, the future, “which is all about youth,” is enveloping an old way that is going out through the sacrifices of those who see a cause bigger than themselves. The only question that remains is who else is willing to sacrifice for the greater good of the people and who else is willing to join the companies of those who strive as help and victory comes?